Two of Scotland’s most revered multi-instrumentalists will round off the programme on Friday 22nd April Mairearad & Anna are a truly captivating duo, providing a highly energetic performance with an instantly warm and friendly stage presence. Having played alongside each other for over ten years, they revel in an intuitive approach to each other’s musical ideas and interpretations, and an “almost telepathic communication” on stage (Hi-Arts), effortlessly showcasing the fruits of duo partnership to the highest level, creating “music more than the sum of just two parts” (The Scotsman). 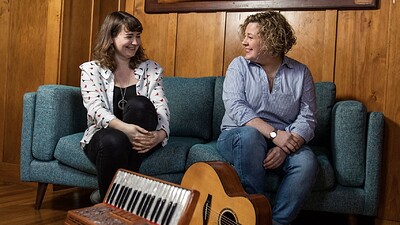