— Exchange
A special Badlake Hill show in The Exchange's basement alongside Solace and Eldwin
time:19:00
price: entry is free

Hosted at The Exchange's basement, local Bristol alternative rock band Badlake Hill present 'When The Fallen Angels Start To Rise: A Night Of Melancholy Noise', a special show from the band, alongside Bristol rock band Solace and Bristol singer-songwriter Eldwin.

Solace recently released their debut single 'Now You Know' on all streaming services.

Eldwin has been releasing standalone singles over on Soundcloud, most notably 'Love What You Leave For Me'. 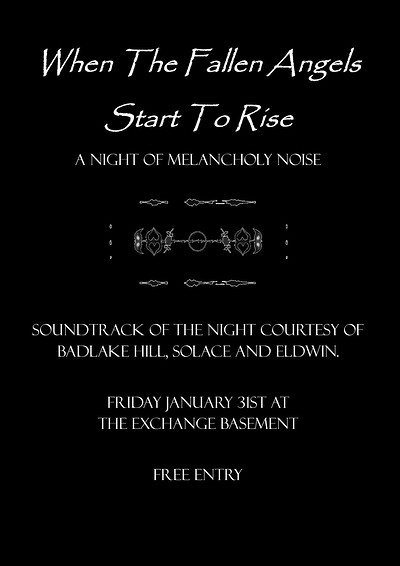