Alice Robbins brings her distinctive indie sound from her hometown of Nottingham for the bands debut show in Bristol. Having played alongside Rae Morris, Do Nothing, Kagoule and Benedict Benjamin, she now embarks on a headline full band UK tour playing alongside LILO, Buggs, The Banquets, Benjamin Spike Saunders, Dazed and Catmilk to name a few. With close to 2 million streams on Spotify and multiple BBC 6 Music and XFM plays, Alice is going from strength to strength. From a recent show review by Music Observer '(Alice) sings with complete feeling, sprinkling in myriad little throw-aways and asides. Alice has a very special kind of voice with a great range: at times bell-like and pure, and at other descending to a whispery, cottony huskiness.
Her new EP is due to come out on November 12th 2021, it was mixed by Tom Rees (Buzzard Buzzard Buzzard, Do Nothing, The Bug Club).

Moved from original venue at The Thunderbolt, all original tickets still valid. 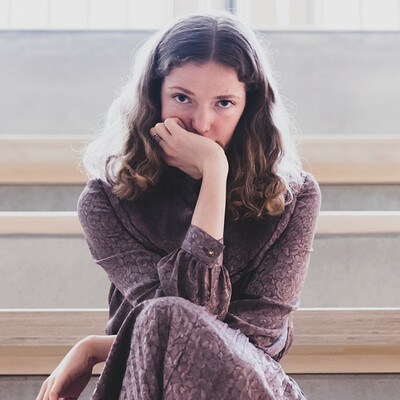