Please Note: The Promoter, Venue and Artist reserve the right to cancel the show due to Government guidelines/actions or for reasons relating to staff or public safety.

They'll be touring in support of their hugely acclaimed new album 'IV'.

You never know beforehand when the time for change will come. Only when it happens.
The Greek psychedelic rock band Naxatras have been well into the first decade of their existence and a significant number of milestones has been accomplished. After 3 full length albums that established them in the global underground as a force to be reckoned with, a new approach emerged in the most natural way.
Even before the ‘III’ album, some of the ideas at the time didn’t fit with the vibe or the place the band was at and were left out, but safely kept. The Naxatras identity as a predominant jam band came to be challenged from within and a few of these traces of tunes finally found their way back into the game.

Combined with the maturity and artistic savviness that time and extensive touring brings, the new music clicked with some of that old material and shaped the way this new era sounds like. The focus right now is on the actual song, on the solid build-up of musicianship and composition, that draws magic from the classic 70’s prog rock and the master songwriters of history.
The new album had gaps that a keyboard would fill, so a new member was welcomed into the clan. The soundscapes felt explorable, so a broader set of percussion was indispensable. The guitar work is clear and precise, the vocals have a direct story to tell, the whole game has now stepped up and demands a different modus operandi.

Even further, the jamming attitude had to give way for some direct and intended performance. The so far trademark analog sound of Naxatras shifted to serve the straightforward material, the orchestration is multileveled and surgical, so the songs are powerful and memorable. Along with the new function, came the upgraded artwork. Naxatras have found in Chris RW a longtime collaborator and friend, who's artistic vision accompanied all of their albums and for "IV" has taken the detailed imagery to a whole new level. The new production scheme out of the Magnanimous Studios of Thessaloniki GR, provided the multi-tracking approach, combining warmth and crystal.

So it all comes down to this.

An album that showcases a band at its creative peak; with all the experience being put to use, with all available tools ready, blending together the acquired knowledge, the imprinted influences and the adventurous disposition of this group of young musicians ready to take on the world. 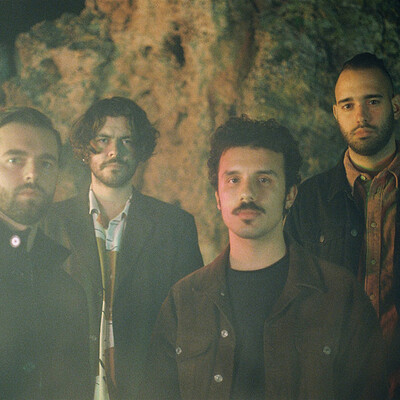