— Exchange
The enigmatic and energetic South London collective on their first ever UK tour.
price: Tickets Below

Afro-futurism. Soul. Jazz, Trap and Grime. Spontaneous bursts of improvised free versed madness, moments of soulful clarity and mad crowd hype. The Steam Down experience is like no other.

Taking off in a new more refined direction post lockdown and led by the singular vision of Wayne 'Ahanse' Francis, following their forthcoming 'Five Fruits' EP Steam Down will be hitting up the intimate space of Exchange as part of their first national UK tour.

'Empower' the first single from the 'Five Fruits' is a statement of intent. The combination of influences, soul, trap, grime, jazz, the message and the energy are all at play, communicated through the big production sound. This is a sound for 2021!

The other 'Five Fruits' are to be revealed one by one in the coming months and make up a five track EP of huge presence. London's melting pot personified sonically.

Exclusive pre-sale exclusively available to Steam Down fans and worm followers on sale Thurs 10th June at 9am @ £12.

General release on sale Friday 11th June 9am @ £14 advance. There are just 200 tickets for this show so move quick!!

This is a 14+ show (when accompanied by an adult) 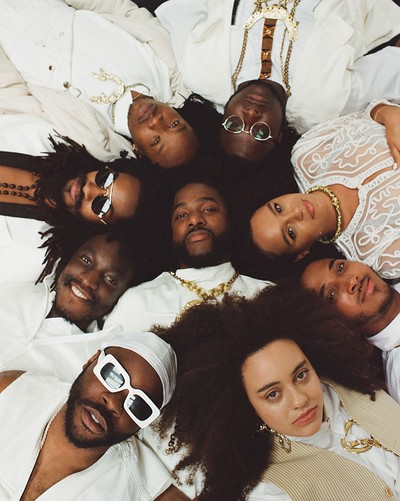