No Vacation began in San Francisco in early 2015 and quickly received attention for thenostalgic sounds off their debut mixtape, Amo XO, and surf­rock single “Dræm Girl”. However, following the release of their second mixtape, No Vacation went on a indefinite hiatus. It was during this time in which the core members of No Vacation split between the East and West coast. Currently based out of Brooklyn, Sabrina Mai, Nat Lee, Harrison Spencer, and Marisa Saunders reunited in 2017 to release their third and most awaited EP, Intermission. Intermission was written when No Vacation subsequently was “not a band” and expresses feelings of belongingness, regret and struggles of resilience.In Summer of 2019, No Vacation is set to release another highly anticipated EP andheadline their first US and EU/UK tour. 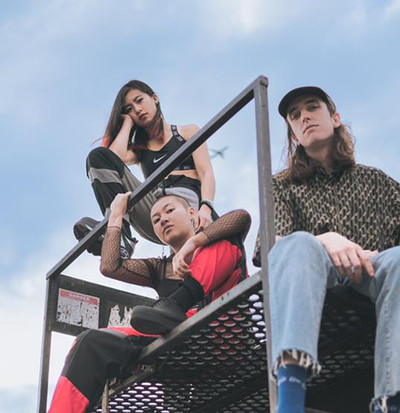