Jamie Cruickshank
From fuzz guitars to the banjo and mandolin, the music of Jamie Cruickshank is experimentation on strings. Born and raised in Bristol, Jamie is a musician and songwriter heavily influenced by folk music from the British Isles and Appalachia. He writes his experiences of family, change and mathematics into song, creating a musical landscape of home, mountain, sea and city.

As a solo artist, Jamie recently supported Lucy Dacus on her European tour, as well as opening for Michael Nau, James Yorkston, Julie Felix and Mishka Shubaly. He has performed multiple times for SOFAR, he has played WOMAD and Farmfest. As lead guitar and vocals for The Gnarwhals and Human Bones he has played Shambala and supported Yak, Sunflower Bean and FIDLAR.
https://cruickshank.bandcamp.com/album/worn-through 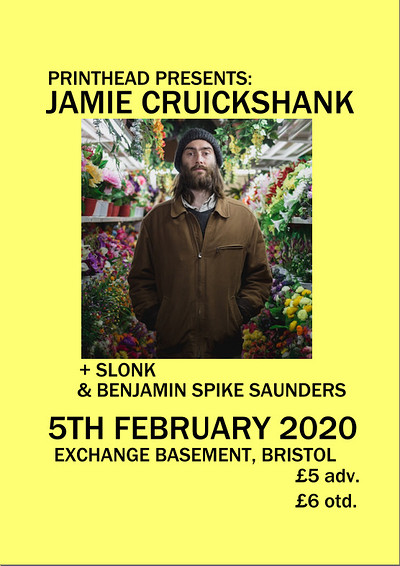