Odette Michell is a British folk singer-songwriter, guitarist and bouzouki player with a bold new take on the acoustic tradition and a voice capable of demonstrating the finer points of both folk and traditional song with genuine craftsmanship.
​
Things have moved at something of a pace for Odette ever since she released her debut EP 'By Way of Night' in 2018. The EP showcased a bold and emerging talent within the British folk and acoustic music scene and garnered high praise, earning Odette her first national and international radio plays on both BBC and Folk Radio stations. "...’By Way Of Night' demonstrates a freshness and vitality enduring in English folk ... it also presents a talent that English folk should not ignore" (FolkWords, May 2018)
​
In May 2019, Odette released her enchanting debut album ‘The Wildest Rose’. The album gained widespread positive acclaim and featured notable musical contributions from Phil Beer (one-half of multi-award-winning acoustic folk band Show of Hands) who plays fiddle on two of the tracks and sings backing vocals on one other track; and Toby Shaer (Cara Dillon, Sam Kelly & The Lost Boys).

The result is a compelling, highly impressive debut that both soars and impresses, whilst effortlessly breathing fresh new life into the rich acoustic tradition that the songs themselves emerged from. 'The Wildest Rose' became featured Album Of The Week on BBC Radio Cambridgeshire (Sue Marchant, The Folk Show, April 2019), and BBC Radio Wales (Frank Hennessy, Celtic Heartbeat, April 2019), as well as featured Album Of The Month on the Folk, Blues & Beyond Show on Radio Leicestershire & Blues & Roots Radio Canada (April 2019) - with album tracks also being played on numerous other BBC and folk radio playlists.
​
A dynamic live performer, Odette has recently opened for Phil Beer, Martin Carthy, Reg Meuross and BBC R2 Folk Award Nominees Ninebarrow amongst others, and is now currently touring the UK in support of the new album.

Opening the evening will be oour very own Ant Miles 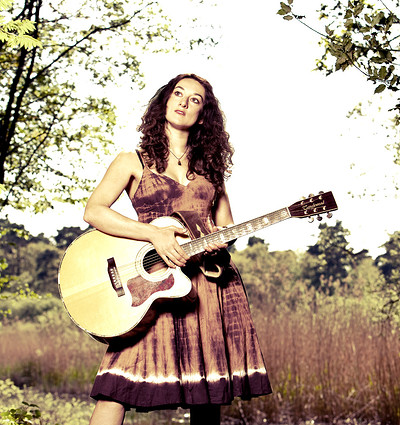