Growing up as neighbours Florian Lehmann and Anton Kollewe did everything together. Skating through the buzzing city life, spending their summers together by the sea and eventually playing music and forming a band.

After a couple of years in various band constellations highcoast finally got formed in the summer of 2016 which is also the year of their first release ‘sunbleached’. The debut EP includes five individual songs on it, each of them a reach out into a different genre with a surfy lofi sound.

Two years later in 2018 highcoast emerged with their second record ‘sunnies, cones & choppy waves’ which is written in sunny Australia and recorded in their hometown of Hamburg. With this sun-soaked four track EP highcoast manages to step their game up with their very own style and sound. A melodic pumping but still laid-back mixture of roughness and sweetness. 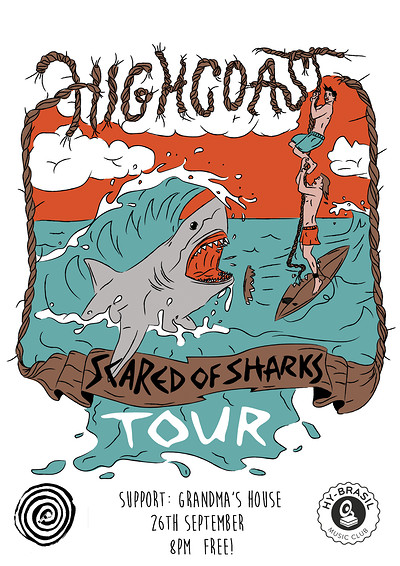