— Jam Jar
Monstrous 10 piece band all the way from Leeds
price: Tickets Below

Konjo Sounds presents...
TC & The Groove Family
+ More TBA
19/10/21 (Late License)
£6/ £8/ £10
Huge 10 piece band all the way from Leeds bringing a heavy blend of Afro, funk and Jazz. With support and DJs to be announced and we'll be going all the way til 3am.
_______________________________________
TC & The Groove Family
TC & The Groove Family are a 10-piece collective whose music celebrates the coming together of cultures, and the unity that music can provide for everyone. Within no time at all, the close-knit family have provided support to high profile jazz figures like Yussef Dayes, KOG & The Zongo Brigade and Cykada, to now headlining at venues such as The Wardrobe Leeds, Hootananny Brixton, Peddlers Market Sheffield and Crofters Rights Bristol.
Driven by drummer Tim Cook, their live shows are powerful and dynamic, exploring grooves from both the UK and around the world, including afrobeat, breakbeat, jungle and highlife.
Front-woman Pariss Electra creates a spiritual atmosphere on stage, switching between vocals, Bansuri flute and a rich mix African percussion. Energy darting between each member, you can expect thunderous brass, jaw-dropping turntablism, Soukous driven guitar riffs, fiery bass lines and a whole heap of groove.
TC and the Groove Family have just released their debut single Let’s Start, along with remix from TAMBALA. Their second single - Temple - is on the horizon for later this year.
______________________________________

More to be announced soon..... 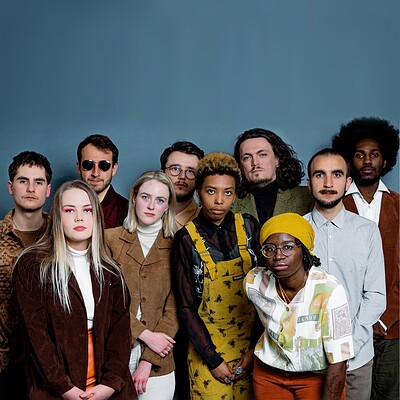