That Thing with Illexxandra, Lakeway + more

For the 9th event we're returning to Basement 45 but this time we're brining a Neverlution Void rig, as it was a little lacking in the bottom end last time.
We've got a Bristol debut for Illexxandra, a stalwart of the NYC bass music scene. Lakeway will be doing a special, 2 hour B2B with TT resident Samurai Breaks and then there's Bristol based DJ/Producers Audio Gutter and D'tch on the bill too.

ILLEXXANDRA
(soundcloud.com/illexxandra /
https://www.facebook.com/illexxandra /
http://illexxandra.com /
http://twitter.com/illexxandra /
http://instagram.com/illexxandra)
DJ/producer Illexxandra is a longtime staple of the Brooklyn underground, with music spanning soundsystem culture, global bass, future sounds, and classic club styles. Her sets draw you in with innocent joy, hype you up with with raw ferocity, and set you down gently with deep musical knowledge. She’ll kill it with an hour of bangers, or take you on a five-hour journey into sound. Illexxandra co-founded Tropic of Bass in Washington, DC, and was a resident DJ for Vitamin B, New York's long-running breakbeat party. Recent releases include her Out The Shadows EP via Producer Dojo, The Lexicon EP with Mr Jennings, and two tracks on Black Marble Collective's RAVETOOLS. Illexxandra features on Hospital Records' upcoming Graduation compilation. 2019 festival appearances included the Outlook Festival in Croatia, Boomtown in the UK, Camp Questionmark at Burning Man, and Tribal Gathering in Panama.

LAKEWAY
(soundcloud.com/lakewaydnb /
https://www.facebook.com/LakewayDnB/ /
https://www.instagram.com/lakewaydnb/)
Making waves in all sorts of ways, Lakeway has a distinctive and versatile sound that encompasses grime, jungle and footwork elements.
Arriving with a myriad of original productions, bootlegs and exclusive cuts, the Exeter-based producer has already struck a chord with some of the scene’s biggest names, impressing the likes of label boss London Elektricity with his electrifying DJing ability.
Only in his early twenties, Lakeway has already performed at the iconic Fabric nightclub, graced BBC Radio 1 with an exclusive guest mix and received serious support from DJ Mag and Mixmag.
An eclectic list of influences includes the likes of renowned beatsmith Sinjn Hawke and 140 dubstep tastemakers Kahn & Neek. Contemporary junglist icon Sully and drum & bass trailblazer Rockwell have also played major roles in honing Lakeway’s sound.
His debut EP on Med School, ‘Frozen Nerves’, has been supported by Aphrodite, Serum, Hyroglifics & Etherwood and many more.

AUDIO GUTTER
(soundcloud.com/audio-gutter /
https://www.facebook.com/Audio-Gutter-348156798528975 /
https://www.audiogutter.com)
The sonic representation of a dimly lit sewer pipe, Audio Gutter's sound has a focus on atmosphere, melody and brutal sound design, which he uses to create twisted beats with heavy influences from the realms of mutant bass, grime, techno, footwork, halftime dnb and much more.
He has played venues and festivals all over the UK for years now, including notorious events such as Boomtown Fair and Noisily Festival, and can more recently be found playing sets with his humanoid companions Sample Junkie and Zenji; the holy trinity known as Toad Reactor.
Having received support from labels such as Wonk#ay Records, Chip Butty, and the musical magician himself Culprate's new label Open Outlets, he is set to keep exploring the metaphorical depths of the subterranean waste system for millennia.

D'TCH
(soundcloud.com/ditchriddims /
https://www.facebook.com/ditchriddims /
https://www.instagram.com/ditchriddims/)
D'TCH blends elements of Electronica, Footwork & Techno into a fusion of 160, Halftime Beats and Drum & Bass.
Building up a solid back catalogue of single and EP releases on Diffrent Music, SweetBox, The Dreamers, Aufect, Addictive Behaiviour and Western Lore the only way is out into the expanse.
After collaborating with Med School's Lakeway on his 'Portal EP' for Diffrent Music, House of Peroni used the quirky dance floor rhythm 'Panic' on a recent advertisement getting millions of hits worldwide.
D'TCH has also been steadily gaining support from some of the scene's biggest players including Noisia, Ivy Lab, Fracture, Sherelle, Om Unit, Dead Mans Chest, Friction, Rockwell, London Elektricity and Hyroglifics to name a few.
With airplay on a variety of international stations plus BBC Radio 1, Radio 6, Rinse FM, Kiss FM and features on Noisia Radio, Fracture Q Mixes and the Critical Music podcast this proves testament to the refined quality of the work.
Never afraid to disconform future releases are set to challenge boundaries and further explore the peripheries of Drum & Bass music. 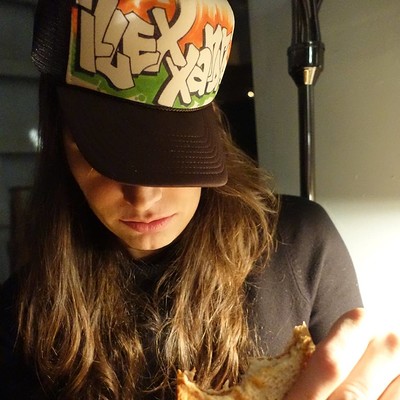