Legendary Bristol pianist JOHN BAGGOTT is best-known for his work with Portishead, Massive Attack, and Robert Plant & The Sensational Spaceshifters, but his love of jazz is deep-rooted. Prepare to be amazed by the quicksliver dexterity of his right-hand runs, and left-hand work that threatens to put bass-players out of business.

Trumpeter PETE JUDGE is similarly most familiar from such leftfield contexts as the mighty Get The Blessing and acoustic multi-instrumentalists Three Cane Whale, but he and John have unearthed an unexpected rapport in tackling the Great American Songbook and beyond, and have been exploring this over the last couple of years in a series of under-the-radar low-key performances (hence the band-name).

Los Clandestinos are utterly delighted to welcome very special guest DYLAN HOWE to join them on drums for tonight's performance. Whilst releasing six jazz albums as leader (the most recent being his internationally acclaimed take on David Bowie's Berlin albums), he has also toured extensively with Ian Dury & the Blockheads, Steve Howe, and Wilko Johnson. Dylan is deservedly held in legendary status by Bristol audiences, and this is an all-too-rare chance to catch him in a 'chamber-jazz' context.

Expect a mixture of John's stylish originals, plus some hand-picked standards, including tunes associated with pianist Bill Evans, a hero for all three musicians.

Tickets are £10 or £5 for students. At the door or from www.jazzatfutureinn.co.uk 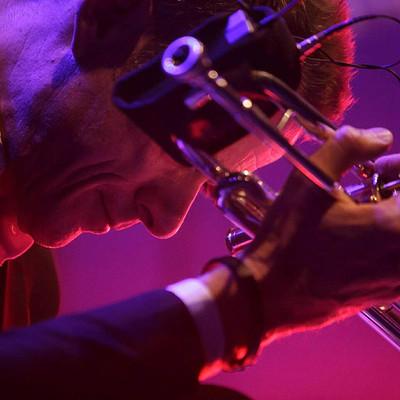