— LEFTBANK
All New Psychedelic Soul from the Bristol Legend
time:22:00
price: £2 on the door

The mastermind and virtuoso behind so many Bristol music projects - Dub From Atlantis, Los Mercenarios, Roots Prescription, 5000ad, The Good The Bad & The Funk, it is genuinely hard to imagine the Bristol music scene without Guy Calhoun's many and varied projects and collaborations with the cream of the city's musical A Team. In 2014, Guy revealed a new side to himself with his acclaimed folkish solo album 'Somewhere You Can Go', which was a rich and moving assertion of his authority and subtlety as singer, guitarist, songwriter and arranger. Tonight's new psychedelic soul outing of new material promises to be another benchmark moment in his, and Bristol's musical legacy. Be there for the debut performance of something very special, and funky indeed. 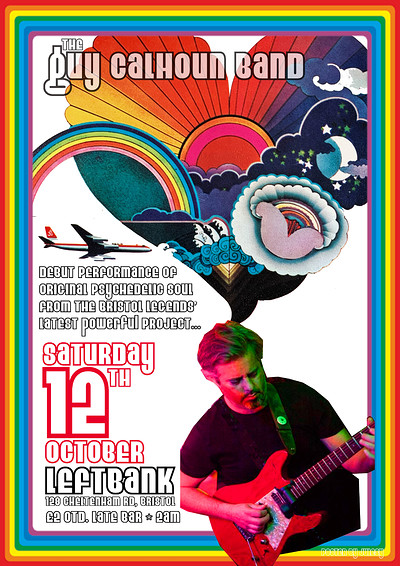