La Bomba and Bristols hottest new venue proudly present a special night of global rhythms:
The Scorpios with support from Helele!
And if that wasnt enough, we welcome the Monsoon Season DJs join us on the decks til the early hours! Spinning funky dancefloor music from around the world, all from original vinyl

The Scorpios
Hailing from Central Sudan and now based in London after fleeing the fundamentalist takeover in that region, the Scorpios are a septet that melds Arabic rhythms and guitar chops (and a kind of swooning cyclical ecstasy) with a raw Eastern funk feel, properly dismantling cultural barriers in pursuit of a unifying rhythmic bliss. Heavy bass, synths, horns and percussions drive through traditional Sudanese forms to create a sound that owes as much to Detroit as it does to Khartoum.

Helele
Inspired by the rhythms of the Bantu Forest of West Africa, Alphonse Daudet Touna from Cameroon formed the band to ‘enrich and share his music with the world.’ He started at an early age playing the drums at traditional village ceremonies where he developed his talent as a composer, performer and teacher. The haunting vocals, sung in his own tribal language ‘Bassa’, send messages of peace and hope. Alphonse plays the Balafon (African Marimba) he made himself – adding an exotic and original sound to the music. With influences from Makossa to Bikutsi – the grooves are guaranteed to exhilarate audiences. The band – composed of some of Bristol’s finest session musicians – has headlined at festivals and major venues across the UK and supported well known artists such as Eliades Ochoa of the Buena Vista Social Club. Performances include Glastonbury (Jazz Lounge), Shambala, Marlborough Jazz Festival and London’s South Bank Centre.

Event photos for La Bomba present The Scorpios plus Helele: 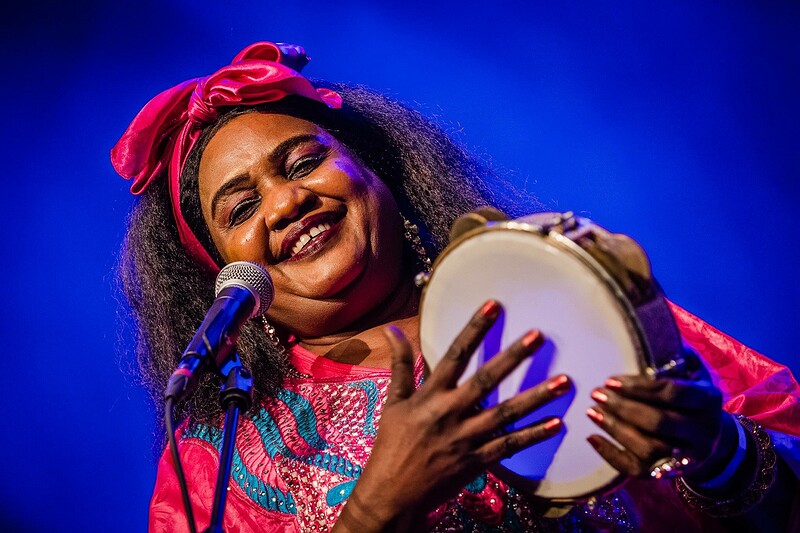 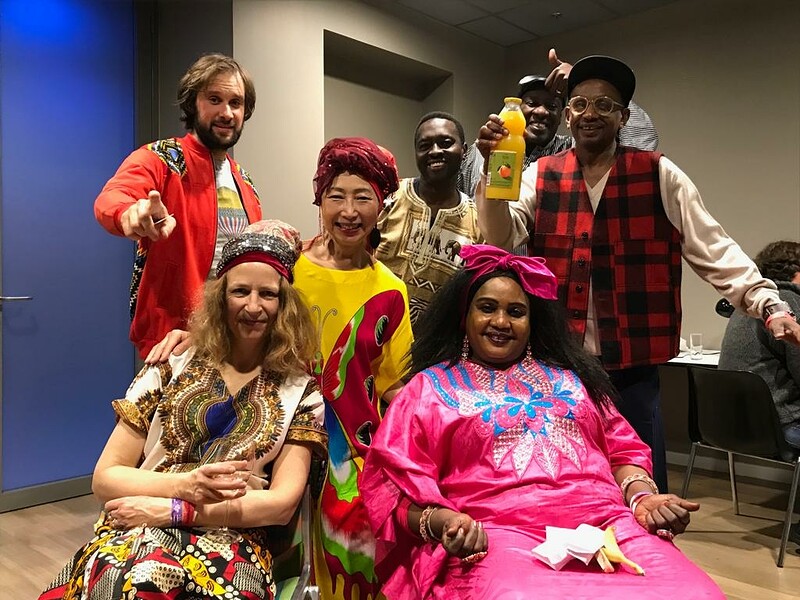 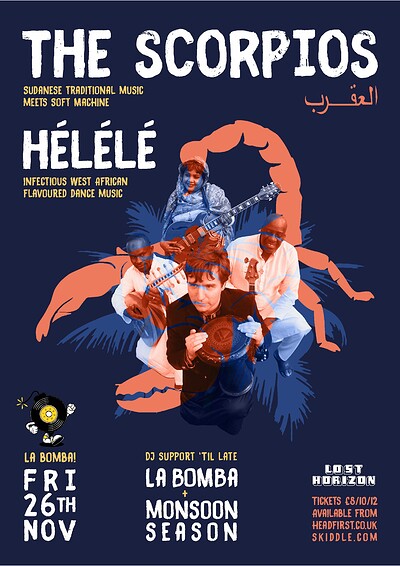