— Lost Horizon
This one is for the ‘OAGs' AKA the 'Old Age Gangstas' as the grandfathers of UK drill and grime Pete & Bas headline with a live performance
price: Headfirst Tickets

This one is for the ‘OAGs' AKA the 'Old Age Gangstas' as the grandfathers of UK drill and grime Pete & Bas headline with a live performance that proves it's never too late to take the rap game by storm. The one and only Smellington Piff will be providing back-up as he heads over from his caravan to show us how hip-hop is done.
Pete & Bas
Hailing from South East London, Pete & Bas have been in and out of trouble with the Metropolitan Police since Black & White TV and are rumoured to have long-standing ties with both the Richardson and Kray families. The duo have been co-signed by a long list of artists including names such as Jaykae, Mist, D Double E, Dizzee Rascal, Giggs, Headie One and Dave.
Smellington Piff
Smellington Piff began his musical career as a techno DJ (DJ Welly) age 6 on the illegal free party scene. Hailing from his caravan, Piff was Raised as a new age traveller and after gaining the Guiness World Record title of 'The Youngest DJ in the World' and years of touring the world, he retired from the scene age 13, switching his musical interests to hip-hop.
On DJ support duties is Bristol selector Rishi [no_one] bringing you a healthy slice of grime and garage selections.
Tickets £8 / £10 / £12 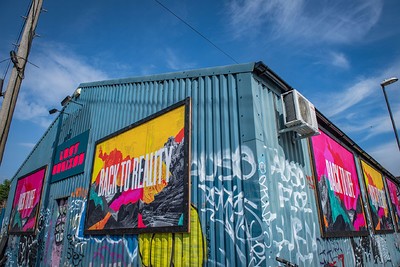