Will And The People | Bristol

— Lost Horizon
Celebrating the launch of their latest album Past The Point Of No Return, Will & The People hit the road this November.
price: Tickets Below

Following the release of their latest single ‘Animal’ Brighton 4-piece Will & The People have announced details of their new album and subsequent tour this November/ December; following recent sold out shows in London and Brighton, as well as festival plays at the likes of Boardmasters and Green Man, where they headlined the Chai Wallahs stage on closing day.

Fresh out of a pandemic, free as birds, with a new music under their belt, they are stronger than ever before. So, don’t miss the opportunity to see them live this November! Four people who create a wonderful synergy between themselves and any audience they play in front of, a feel-good atmosphere that would take anyone with a pulse to a higher place. 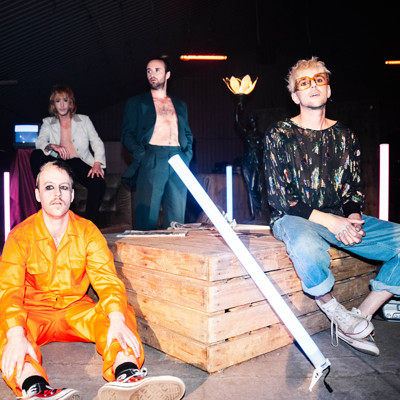