Death By Magic: A Bristol based synth pop duo who create driving and dark, sometimes ethereal melodic songs with soulful lyrics. They have developed a style which hints towards otherworldly realms; of the past and future combined: of a time which has always existed, and will always remain in the future.
Paul had previously released two vinyl singles and two albums (aka ‘Soundsmith’) in the mid 1990’s on independent labels. He studied blacksmithing, making his own instruments, such as metal violins and drums, to create original sounds.
Jackie comes from an arts and sociology background, the latter of which has influenced their lyrics on the dysfunctionality of modern society.
Their music genre can be described as synth pop. The influences of their sound are in early 80s electronic music.
Their latest songs Rewind and Crescendo, are available to download on Bandcamp: https://death-by-magic.bandcamp.com/
Follow us on Facebook: https://www.facebook.com/DeathbyMagic/ 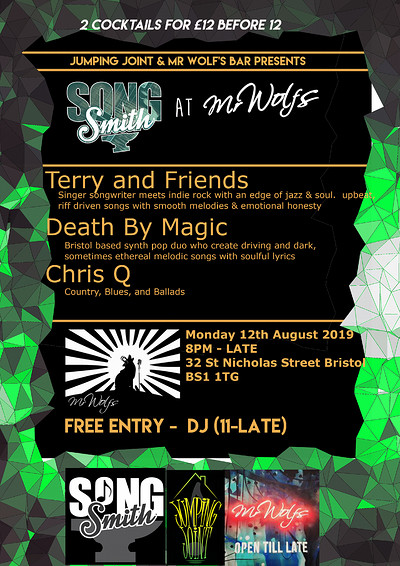