GoDBowie is a David Bowie covers band celebrating his genius and songs. Playing many of the greatest hits and key album tracks they also perform shows featuring whole albums around key anniversaries.
Taking inspiration from Bowie’s live shows (e.g. on Rebel Rebel) as well as his studio work and covering much of his back catalogue from Space Oddity to Lazarus. Additionally they performed the whole of ‘Lodger’ for its 40th anniversary and have shows coming up for Space Oddity and ‘hours…’
Tonight is 1 x 45 minute set hits and key album tracks with a couple of mavericks thrown in from the album anniversary shows
Also featuring the 45s recently announced tour buddies for Idles and Lawi DJ.
www.facebook.com/godbowie
www.godbowie.co.uk
Twitter @godbowie1
www.youtube.com/watch?v=Yy-Gqvm6FUQ 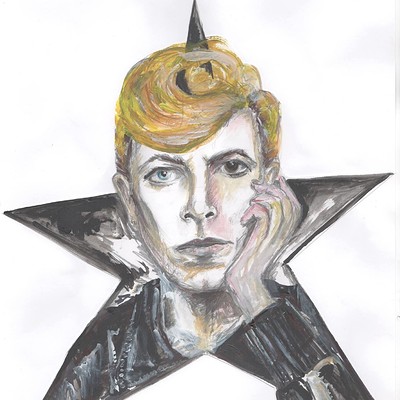 The Genius of David Bowie:Sound and Vision