— Mr Wolfs
A completely original mashup of ska, punk & grime with a hip-hop nod at luminaries like The Clash, The Specials & Mike Skinner.
price: Headfirst Tickets

Support from Fidget and The Twitchers

DOOR POLICY
We reserve the right to turn away large groups, in particular Stag Parties, Sports Socials or Pub Golf. We want everyone who comes to Mr Wolfs to feel safe and comfortable. If this happens and you have purchased tickets, a full refund will be processed within 7 working days. 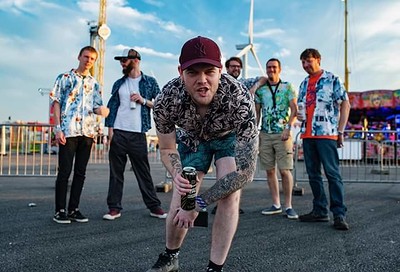