Lieu Yonder: moniker for singer-songwriter Ed Barber whose delicate and rhythmic finger-picking style is reminiscent of the folk revival era and defines his original compositions. He most recently released an EP entitled Some Plein in October 2019 and has plenty of unreleased material to share, included carefully selected covers and traditional tunes. Taking cues from the Folk, Americana and traditional folk scenes throughout the decades, his intimate and engaging performances are not to be missed.
www.youtube.com/watch?v=N8uX-o5jPbg (Many’s the Night’s Rest – traditional)
www.facebook.com/eddie.barber3
Twitter: @eddie_barbs
Instagram @eddiebarber 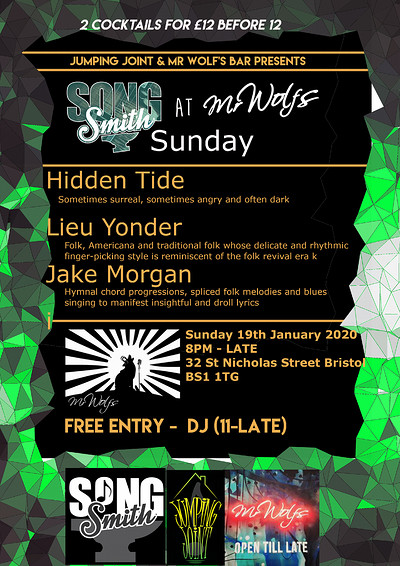