All Living Fear: You All Living Fear are a British Gothic Rock band formed in 1992 for fans of For fans of The Misson, The Sisters of Mercy, The Cult, The Cure, Joy Division. All Living Fear have released 6 albums and toured all over the UK. In 2012 the band called it a day but were revived in 2017 touring for the bands 25th anniversary.
The core of the band is founder member and Guitarist Matthew North with Vocalist Andrew Racher along with Guitarist Michael Webb whom like Andrew joined in 1994 and Bass Guitar and Vocalist Paul Roe who joined in 1998. The band went through many line ups since 1992 but has settled now after a reunion in 2017 of all the core members from the band’s history.
Since reforming the band have shared the stage with bands such as Clan Of Xymox, Balaam And the Angel & old friends The Faces Of Sarah to name a few. This adds on the the bands previous history of touring with the likes of All About Eve, Spear Of Destiny, The Missions Wayne Hussey, The Damned and Alien Sex Fiend. All Living Fear have also collaborated on recordings with members of All About Eve, The Sisters Of Mercy, The Cure and with rock legend Arthur Brown.
https://www.facebook.com/pg/alllivingfear
http://www.alllivingfear.co.uk
soundcloud.com/alllivingfear
http://twitter.com/alllivingfear
http://youtube.com/alllivingfear

Rookeries: The Bristol based ambient-folk duo of Finnian Evans and Kieran Glas uses the subtleties of their acoustic guitars to conjure a musical meeting between Middle Europes heartland and rooted Americana.
www.youtube.com/watch?v=x_vVSqNn7SA&list=PLEWqM1NJT9M70ta5iMBuhYgmlg3MCJfOi
soundcloud.com/user-804951609/glaslyn
https://www.instagram.com/rookeriesmusic/
https://www.facebook.com/rookeries/ 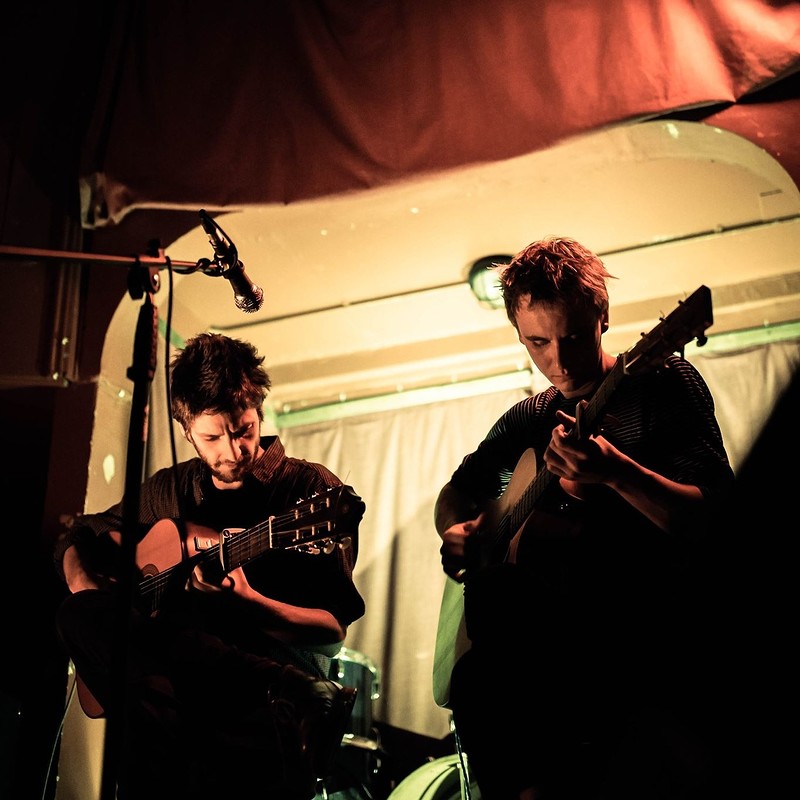 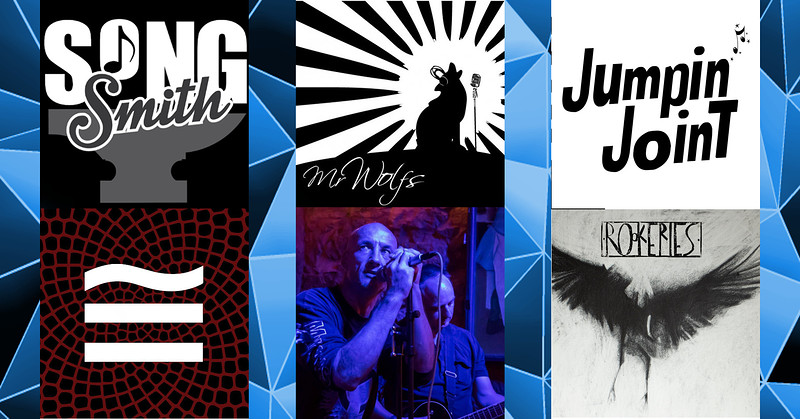 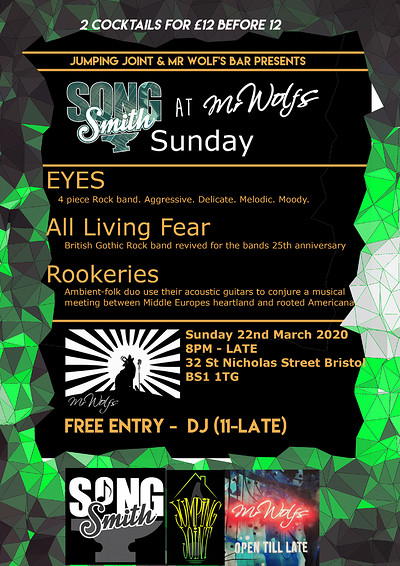