Looking for things to do in Bristol? Mr Wolfs Comedy is a hilarious night full of cocktails and laughs, all set in the perfect comedy club environment of Mr Wolfs. Stars from Live At The Apollo, Netflix, Amazon, Late Night and great club headliners have graced our stage working up their material for their next specials. We cater our line-ups with extreme care to always guarantee a belting night.

Ignacio Lopez is a Spanish & Welsh comedian based in Cardiff. His parents are Welsh/Irish & Moroccan/Spanish, and he has a German sister; family get-togethers are like a meeting of the U.N.

As well as hosting TV shows, headlining top comedy clubs all over the U.K and Europe, and taking the piss out of British people directly to their faces, Ignacio writes sketches, sitcoms, and tweets. Every few months something he tweets will go viral and he'll gain a few thousand followers before they realise he doesn't just tweet witty observations about public transport and songs about hating the U.K. - then they unfollow until the next tweet goes viral. The fickle bastards.

DOOR POLICY
We reserve the right turn away Stag Parties, Sports Socials or Pub Golf.
We want everyone who comes to Mr Wolfs to feel safe and comfortable. If this happens and you have purchased tickets, a full refund will be processed within 7 working days. 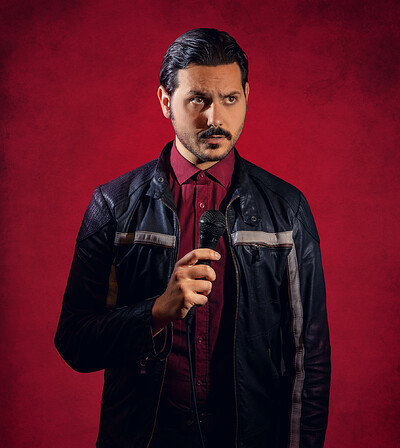