— Mr Wolfs
"Expect big chorus's and melodramatic breakdowns influenced by the colours of bands such as Kasabian and The Killers. "
time:21:00
price: £3 OTD

Glass Violet //
Following the release of the debut single 'CHEMICALS', the 5 piece bring their huge sound to Mr.Wolfs for their first Bristol headline show. Expect big chorus's and melodramatic breakdowns influenced by the colours of bands such as Kasabian and The Killers.
Listen Here: https://open.spotify.com/artist/0mjkn5ota6VKiHhTzCe1op?si=6HJX58y4QPqjDk5hWhSq9A

Krooked Tongue //
"Krooked Tongue’s often dreamy but angst-driven vocals, moody riffs and power filled drumming make the perfect trio if you’re looking for something icy and fiery. Their underground rock personality and music engages and provokes. The eccentric stage presence of this band is enough to get any crowd fired up." - Nitelife magazine.

BUTE //
Cardiff based heavy indie rock 4 piece have been making a name for themselves on the Cardiff scene over the last year. This summer saw them play at Isle of white festival and release new single 'Disappear'.
Listen Here: https://open.spotify.com/artist/263nkePVsY15rsLVSmB6V8?si=Ur53HjxzQYC8V1Zns14ktQ

Harmer Jays //
Since going solo, singer/songwriter Harmer Jays' ventures create a cavern of dark, effervescent pop sounds, with a firm intent to stick to your hippocampus. Influenced by artists such as Bon Iver, James Blake and The 1975, the 23-year-old’s delicate stylistic choices and careful phrasing create a concentrated, and thoughtful flow of sounds. Linking progressive song-building with soaring vocals that have been likened to artists such as Jeff Buckley and Jack Steadman, he is sure to be one to watch on the ever-flourishing Bristol music scene.
Listen Here: https://open.spotify.com/artist/35qZVTkgWxCxW0FfWfpOeo?si=C7lzP_LJSnGHbgSkqf_aaw 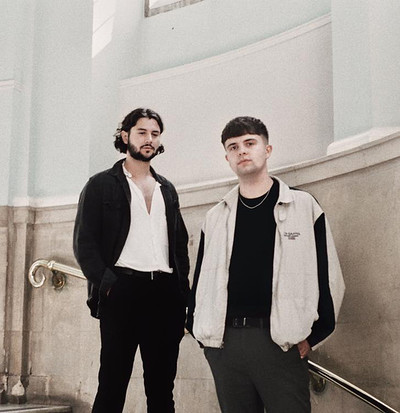