SUPPORT:
What Have You Done is a four piece Emo Rock band originating from Bath Spa University’s Commercial Music course.
Forming in September 2019 this band have formed and gelled quickly and at an exciting rate. Taking influence from bands such as American Football, Weezer & Citizen - What Have You Done are renowned for their energy and crazy live performances. The future is bright for this band. 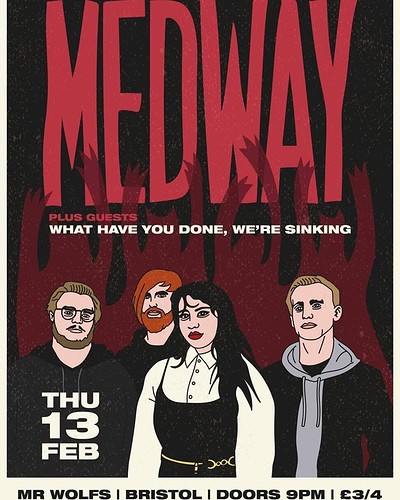