STONE JETS
Take actual feel good music and wrap it in some rhythmic soul, together with meaning and sincerity at its core. Without a doubt, Stone Jets is the where it is at if not the next big thing.

Given and Manfred better known as Stone Jets have been slowly crafting their distinct yet familiar sound. Gaining fans where ever the musical journey has taken them; London, Berlin, Madrid or Czech, Stone Jets maintains appeal and they are poised to take the industry by surprise. A lot can be said about Given’s vivid voice and in equal measures Manfred’s guised guitar prowess but the fusion of the two, together with a simple yet substantial melodic songwriting style and strong live performances, makes them a formidable force on the verge of eruption. An emerging Country Rock artist from South West England.

BEN HUTCHESON
Ben is the new generation of the recent pedigree of fresh English singer/songwriters. Critiqued as bridging the storytelling gap between the likes of Passenger, Ed Sheeran and Scotty McCreery.
Realising his passion for writing & performing by releasing his first and second EP unaided, Ben set out to have his voice heard. His songs have clarity beyond his years. His music career started young, learning his craft with any open mic willing to stage him and since then has gone on to play around the UK. Born in Bristol, South West England, Ben followed his own ear for song writing & developed a style that enhances the emerging British Country scene. Taking influence from many artists and trying to break the curve of the standard singer/songwriter. Ben has become a growingly aware and prominent artist to look out for. His music career started at a young age and since then has gone on to play all around the UK. He currently resides in Bristol and is planning the release of his debut album in the coming year. Ben lists many influences that span through many genres and eras but he notes a few extremely influenctial artists ranging from AC/DC, Kenny Chesney, Brother and Bones, Passenger, Guns N' Roses, Ed Sheeran, The Script and more. “Ben Hutcheson, a young singer/songwriter with a wisdom beyond his years.

Door Policy
Last entry with a ticket at 11:00pm, but all tickets holders are welcome to stay for the after show DJ until close. If you are planning to arrive later for the DJs, then payment will be taken on the door. 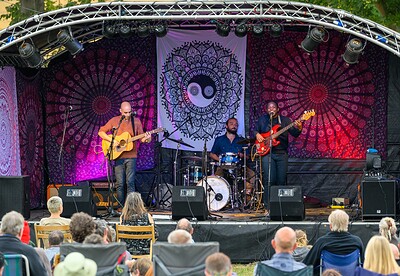