IT: Cream with a K, Turbo Island & Alexander Sun

Cream with a K

“Cream with a K” is Tokyo - London grunge pop artist.
She is a Musician, Visual Artist and former Model who has been based in Tokyo for 8 years.
Most well known for her former involvement as the singer in the Japanese Pop band “NEKO PUNCH”,signed to Universal Japan and ASOBI SYSTEM (management of Kyary Pamyu Pamyu and Yasutaka Nakata). As a musician, since the age of 18, she worked along side many noteworthy Japanese producers such as Takeshi Kobayashi, Hydain and Shingo Yasumoto. Bilingual in Japanese, she also turned her hand to song and lyric writing for other Japanese and Korean artists. In Tokyo, seen as a cultural figure who links the UK & Tokyo Music scenes, she was the TV host of the Japanese Rock music TV Show NHK’s “Nippon Rocks” Series.
Having grown up and in the entertainment industry in Tokyo, early spring 2016 she decided it was time to reconnect with the west in her solo project “Cream with a K” being her first fully english project.

She writes, arranges, plays, records and mixes the songs by herself using Logic Pro and on the visual side she also does styling, creative direction and film editing.

Cream with a K made her first digital release with the ethereal grunge pop song “Terrible Voices” July 10th 2018. Available on Itunes .
Whilst taking full opportunity of London and Tokyo’s creative landscape she hopes to continue in creating unique artistic content.

Bristol grown big smoothies, dreamy guitars that bite, shaking beats, songs of love and life, and a slackers take on growing up. 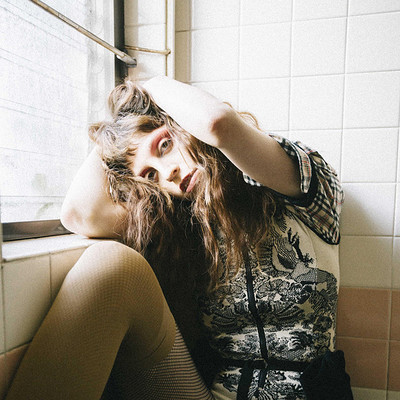