DnB Night – Ramp Up The Harbour

Smoove and Turrell – Geordie duo with the smoothest funk and soul sounds. A fabulous live Northern Soul influenced band, combined with Turrell’s gravel-voiced, classic soul man vocals. Their material draws on subject matters which are aimed to make us stop and think, with songs such as the politically charged ‘Hate Seeking Missile’ balanced fittingly with uplifting stompers such as ‘I Feel Alive’, guarantee to get even the most resistant of dancers toe-tapping.

Shaka Loves You – “Ones to watch” and “Dancefloor-friendly party rockers” are just two of the credits awarded to
Glasgow duo Shaka Loves You.

Originally growing up in the Highlands of Scotland, Jamie & Marty met in 2011 and since then have gone
on to support heavyweights such as George Clinton, De la Soul, The Jacksons, DJ Jazzy Jeff, David
Rodigan, Chali 2na of Jurassic 5, Craig Charles, Joey Negro, Mr Scruff, The Reflex & The Cuban
Brothers.

Heavyweight turntablist , Hawk found Himself achieving the UK number one title in 2006, countless runner up places and most recently claiming the Vice World title in the DMC online battle for 2012. 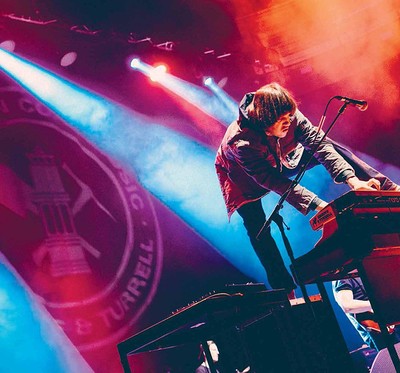