— Outer Space Bristol
Top DJ's lighting up the the Garden as well as circus & cabaret performances
price: Free 5-7pm the £5 per person

DJ Jaffa started DJ'ing in 1985, since then he has played every major festival in the UK as well as Internationally especially Germany, Spain, Belgium, Hong Kong, Italy and mainland China. His accomplished career of 30 plus years in the business have seen him play sets alongside and support artists such as- Kool Herc, Grandmaster Flash, Grandwizard Theodore, Cash Money, Snoop Dogg, The Jungle Brothers, Kool Keith, Masta Ace, Biz Markie, Ugly Duckling, Blade, Blak Twang, Public Enemy, A Skills, Dj Yoda, Ghostface Killah and the list goes on and on.

In December 2015 Jaffa won the best DJ award at the Cardiff Music Award and currently hosts a Bi-weekly radio show on Raptz Radio broadcast out of Paris on www.raptz.com, playing underground Hip Hop.

After first blowing up around the world with the Astroid Boys, DJ Comfort has become one of the most sought after DJ's in Wales and with good reason.  He's known to rock any crowd and has some of the funkiest bootlegs you've never heard! 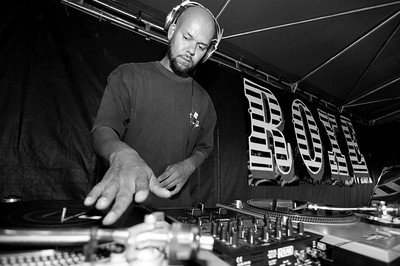