The Eve’s Drop DJ collective started to counter the poor representation of female acts at festivals and in the music industry in general. Promoting female DJs, from different ethnicities in order to breakdown preconceptions and barriers to music in today’s society. We have two of their founder members, both respected DJs in their own right and truly fabulous to boot.

Angel Mel is the much loved DJ & Radio / TV Presenters, from Ujima to BBC Bristol to Worthy FM at Glastonbury – Mel was born and bred in the heart and soul of the Bristol music scene. Coming from the West Country, with her roots planted in Reggae, Drum & Bass and Trip Hop, later branching into other areas of underground dance music genres, such as Acid Jazz, Broken Beat and Deep and Soulful House.
Sarah Sweeney is a former resident at Big Chill Bar; a funk, soul and global grooves crate digger extraordinaire, always playing the right vibes for the right moment and keeping the crowd feeling fully nourished. 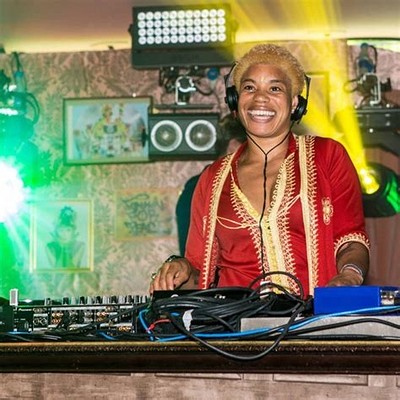