— Outer Space
Multi award winning Contemporary Folk Music from Scotland
price: £5 per person based on tables of 6 and 8.

One of the finest and most exciting Folk bands from Scotland heads to Outer Space (don't worry, it's still in Bristol - on the Harbourside).

“As polished as it was passionate, matching fiery intensity with exquisite finesse, this was a magnificent set.” The Scotsman ★★★★★

“Breabach are in an electrifying new phase – one that illustrates the band’s strength and interest in experimentation. Exhilarating, energetic and accomplished…” Songlines ★★★★

“Breabach have once again cemented their place at the forefront of Scottish traditional music with an album that is beautiful, exciting and filled with some much-needed optimism.” The National

Just some of their accolades: 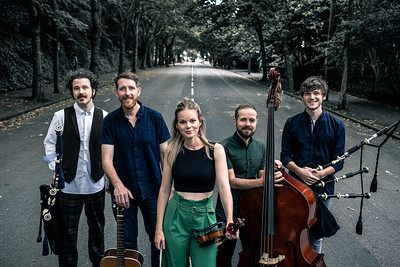