The Hempolics will be performing live in-store at Rough Trade BRISTOL, celebrating the release of their new album 'Kiss, Cuddle and Torture Vol 2', released 3rd April on Zee Zee Records.

*all stage times are subject to change.

The Hempolics return with their sophomore album ‘Kiss, Cuddle & Torture: Volume 2’, due for release on 3rd April 2020, as a CD, 2LP and limited edition coloured 2LP, through their own record label Zee Zee Records via Kartel Music Group.

The Hempolics’ blend of Reggae, Hip-Hop, Dancehall and Pop has already been heavily supported across UK national radio by BBC Radio1, BBC 1Xtra, BBC Radio 2 and BBC 6Music, where the band’s debut album, ‘Kiss, Cuddle & Torture: Volume 1’ had three playlisted singles. They went on to have 6Music ‘Album of The Day’ and were subsequently chosen by Liz Kershaw's pick for 'Album Of The Year', after an impressive live session for Lauren Laverne.

The 12 carefully chosen selection on ‘Kiss, Cuddle & Torture: Volume 2’, is the result of a different approach to music writing for the band; “we wanted to make something fresh and with an instant upbeat feel”, recalls the band’s mainman and producer Grippa Laybourne - who has previously worked in the studio with a variety of international top acts like Mattafix and Faithless, as well as remixing Dubmatix, P*Nut, Potential Badboy, Manasseh, J-Star & FLeCK - “I wanted the band to be more involved with the writing process, for example ‘Play On’ it’s the only track they found, wrote and recorded their own parts before I arranged it and finished it off adding horns and keys overdubbed”.

Talking about the making of the album Grippa explained; “Musically I wanted to make something completely different to ‘Boss Clock Me Style’, which was one of the singles off our debut album to make it onto the BBC 6Music Playlist, herecalls talking about ‘Full Of Surprises’, while in his own words ‘Bongadashi’ is “full of swagger and verve”. Elsewhere, ‘Gotta Thing’ is fast hip-hop house track laced with classic Hempolics’ reggae flavours, the track features Miami rapperCojack, whilst ‘Place Is Here’, written by Grippa alongside Faithless and Dido’s vocalist Pauline Taylor, is a 90’s shoegaze influenced cut with a languid psych groove.

‘Kiss, Cuddle & Torture: Volume 2’ is a masterful culmination of The Hempolics musical development, drawing together the strength of their unique influences in what is one of the most captivating releases of the year. 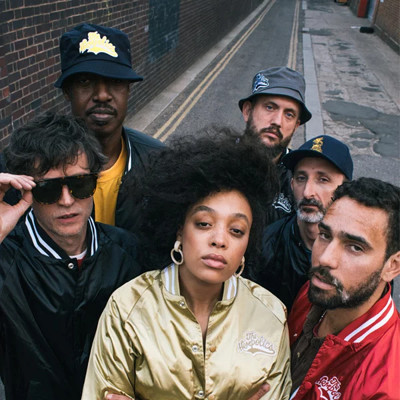