Jordaan Mason is singer/songwriter from Toronto, Canada. They have been creating music for over 10 years first received following after the release of their outstanding 2009 album "Divorce Lawyers I Shaved My Head". They have continued to create music and have released more albums since including "the decline of stupid fucking western civilization" and their most recent album "earth to ursa major" released in 2018.

Toodles and the Hectic Pity

Toodles’ debut EP “Call in Sick” (Invisble Llama Music) was featured on both Shout Louder’s top 5 EPs and Colin’s Punk Rock World’s top ten EPs for 2017. The following years they have shared the stage with AJJ, Chewing on Tinfoil, The Hard Aches, Woahnows, Spanish Love Songs, Muncie Girls and Crywank among many others. 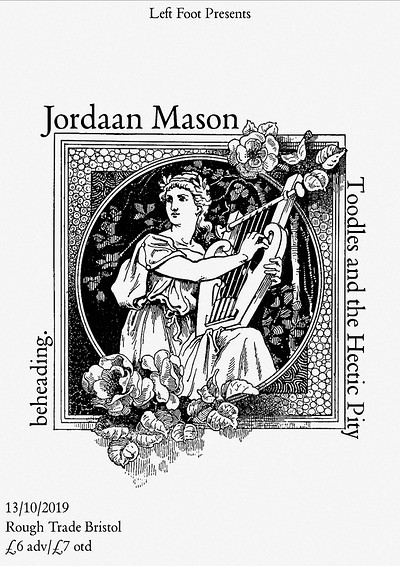