Heartwood Chorus invites you to an evening of folk song, mince pies and mulled wine in the glorious surroundings of St James’s Priory, Bristol’s oldest building.

Heartwood Chorus is an a cappella folk choir, singing original arrangements of ancient and modern songs, challenging the boundaries of the folk genre. Expect medieval folk carols alongside Sufjan Stevens and other contemporary artists.

Mulled wine, mulled apple juice, mince pies and shortbread will be available before and after the concert.

Doors open 7:30
The performance will last approximately 50 minutes. There will be no interval

All profits to charity 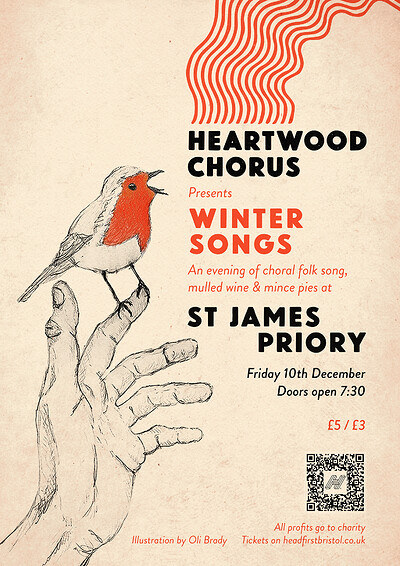