channel the pulsating drone rock of Spacemen 3, Stomping R&B of The Who. All out Garage Rock with screaming guitars and primitive drums (Shindig Magazine) 60's style Garage punk with nods to Mod icons The Who & The Creation. Raw Power era Stooges collides with Small Faces. Incessant beats, wig-outs and astral tripping farfisa vibes, blending psychedelic grooves with lo-fi garage punk to perfection (Scootering Magazine). TTR have just released their first album (Wrapping yourself in silver foil won't save you from the blast) to positive reviews, healthy sales and plenty of radio air-play. The band are finishing work on the follow up penciled in to be released early 2019.

RAUSCHENBERG are a psychedelic rock band from England 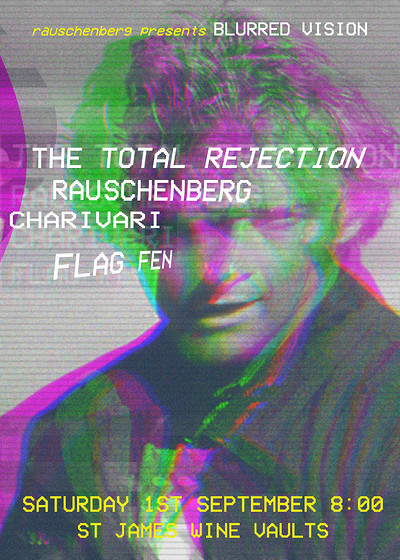