All meeting as highly active members of Bristol’s progressive jazz music scene, Cousin Kula bonded over their shared love for an eclectic range of music from pop and psych through to prog, disco & afrobeat. The six members soon found themselves living together and with a rehearsal room in their basement became one of the tightest and most impressive bands on the Bristol circuit, blending these genres into something both modern and refreshing.

Following on from their debut EP OODLES (Chiverin, 2017) the band now return with the first in a run of new material and a short headline tour of the UK. The forthcoming video for first single ‘Jelly Love’ follows the band on a year’s worth of touring and about their lives in Bristol also, serving as an introduction to them as people as well as musicians. 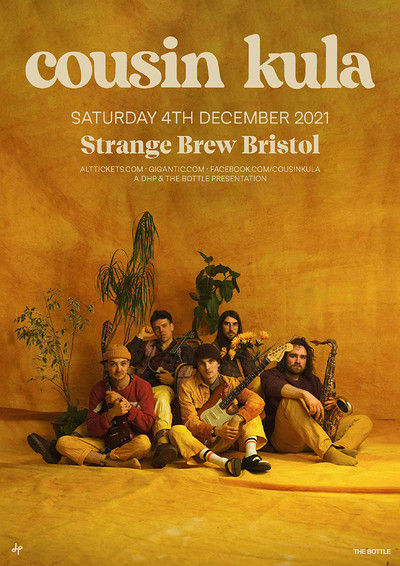