This is not yet sold out, limited tickets available on the door at £10.
All tickets for the cancelled 20th August show are still valid.

Their self-titled has been on constant rotation here since it dropped just before pre-CV19, and judging by their AOTY Lists omnipresence, we're not the only ones. They've got a whole gang of new toys and songs to share with us, come schway about!

"The urgency of modern jazz –– Sons of Kemet’s loud-and-proud proclamations, Shabaka Hutchins unleashing squalls of hellfire, the octopus-limbed drumming of Moses Boyd, et al –– is absent. Instead, Tara Clerkin Trio’s eccentric bric-a-brac brings to mind Stereolab, Julia Holter, mid-90s Mo’ Wax compendium "Headz", or the tonally rich collaborations between Beatrice Dillon and Rupert Clervaux. "Tara Clerkin Trio" is a small yet perfectly-composed album that invites you in with a cup of tea and a reassuring hand on the shoulder. What’s not to love?" - Bleep
______________________________________
MEMO-COIMS
https://www.memotone.co.uk
https://coims.bandcamp.com

Memotone is an omni-musician & hyperproducer; one of the most gifted and generous players in this here city. A key member of the Pheasantry Society and Avon Terror corps clans, his non-stop releases come under monikers such as: O.G. Jigg, HALF NELSON, Wy & sonder etc.
COIMS are an experimental sound duo, often using modern percussion and fretted instruments to create primitive sonic freedom. Expect sonic mood collages capturing ethereal junk dances and free industrial dub sketches. COIMing into their own since Lockdown, with ceaseless collaborations with peers like Adam Bonham, Copper Sounds, Ocean Floor, as well as founding auxiliary visual wing SLATE THEORY.
This chance meeting will occur because we think it should, alright with you? 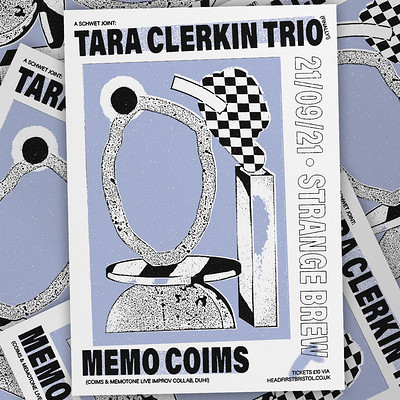