— Strange Brew
Headlined by the incredible Shingai (lead singer of Noisettes), an evening exploring the power of vulnerability through the arts.
price: Headfirst Tickets

November 9th, 7pm
Strange Brew Bristol
*TICKETS WILL GO OFF SALE AT 6:45PM. THERE WILL BE A LIMITED NUMBER AVAILABLE ON THE DOOR*

A night of live music and spoken word exploring the power of vulnerability, headlined by the incredible Shingai.

Shingai - legendary front woman and bassist of platinum selling band Noisettes, recently released her outstanding solo album “Too Bold”. Featuring her most personal and political work to date she has toured internationally to critical acclaim.

Be Manzini - The only ever writer in residence for Sundance with appearances that include Mark Karmode’s 3D, BBC radio and television, Channel 4 radio

The event will include a short Q&A discussing the power of vulnerability through the arts.

VULNERABLE is a creative platform with the aim to connect and expand individuals through exploring the power of vulnerability through the arts.

“The new afro futurist pop goddess” according to Rolling Stone, distinguished for her mesmerising and dramatic performances, prepares you for a sonic odyssey. A sound inspired by her London, Bantu and Zimbabwean heritage, which gives “Too Bold” an effervescent soundscape, fearlessly infused with a soulful yet spontaneous spirit, which is both electrifying and compelling. Leading from the heart, transporting you to a higher vision of the future while acknowledging what it will take for us to get there. The album treads many paths and themes about rising above perplexing times, being resilient, standing your ground and confronting the struggle. Inviting you to keep the optimist alive within us and be better in every way. 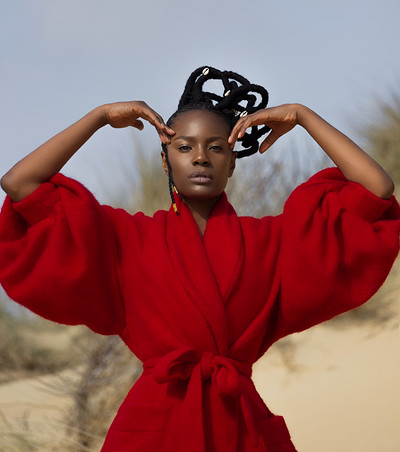