Originally from Cork in Ireland, John Donegan lived in Bristol in the 90s and was one of the most highly regarded pianists in the area with his hard-swinging style influenced by players such as Wynton Kelly and Bill Evans. Now based in London John plays regularly at St Martin In The Fields alongside players such as trumpeter Steve Fishwick and saxophonist Tommaso Starace. Performing a mixture of original compositions and standards tonight’s band is John Donegan - piano, Andy Hague - trumpet, Ben Waghorn - tenor sax, Greg Cordez - bass and Toby Perrett - drums. 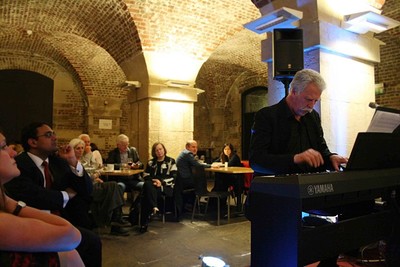