Alongside his performance work Luke Annesley is also a Senior Lecturer in Music Therapy at UWE. His playing career ranges from performing classic film scores with the John Wilson Orchestra, playing in quartet with the great guitarist Dave Cliff for a number of years, and improv-based projects such as his quartet Moonscape with trumpet player Jim Howard. Luke is as at home playing from the ‘Great American Songbook’ as he is playing free improv (which he also utilises in music therapy). He has a lyrical style playing changes which has been compared to Art Pepper, and it will be this side of his musical personality that he brings to the Be-Bop Club.

Liam Butler Webb is from Australia, but has been living in Liverpool for the past year or so before moving down to Bristol. He gained a Bachelor of Music from The Victorian College of the Arts/University of Melbourne and has significant experience as a professional pianist/keyboardist, having performed throughout Australia, Asia, Europe and the USA. You can hear samples of Liam's playing in various musical styles on his website - https://liambutlerwebb.carrd.co/

Will Harris is one of Bristol's finest bassists, who somehow manages to juggle the twin careers of musician and medical doctor. Some years back now Will completed a Masters at the Royal Academy, which allowed him to make many contacts in London, so ​he is often to be found playing in the capital - notably with saxophonist Matt Anderson and the big band of trumpet star Simon ​Gardner [Strictly Come Dancing, Robbie Williams etc]. 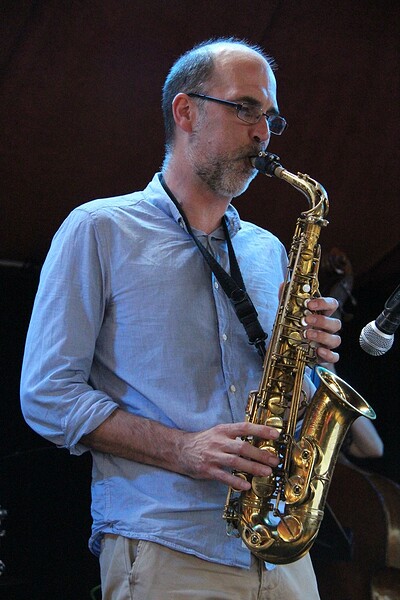