Bassist Henrik Jensen moved from Denmark to London in 1997 and is a graduate of the Royal Academy. He has toured the world from Tokyo to Moscow with various modern jazz projects and also as part of the band for close harmony group The Puppini Sisters. Henrik formed his quartet Followed By Thirteen in 2010, and the group are touring to coincide with the release of their third album.

On front-line duties is saxophonist Sam Crockatt who is a unique voice on the tenor saxophone. He has played in venues across the country and as far abroad as Serbia and Tahiti. As well as leading his own band Sam has appeared with amongst others Pete King, Julian Arguelles, and Gwilym Simcock.

Pianist Esben Tjalve is also originally from Denmark, and leads his sextet Red Kite, which released their album Theory Of Colours in 2019 with an all-star cast including Jasper Hoiby of Phronesis. 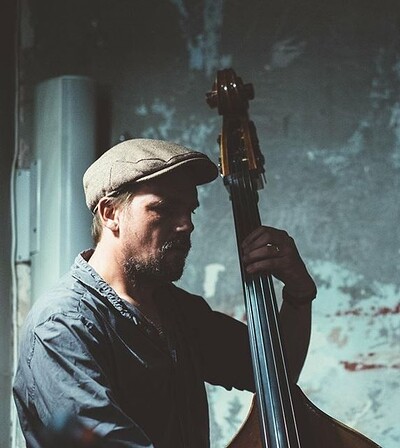