Amelia White’s “HOW IT FEELS” tour finds her in UK/ SCOTLAND/ and HOLLAND on the heels of the U.S. Release of “Rhythm of the Rain.” She’ll be accompanied by Scott Warman on the Double-Bass.

“Sublime craftsmanship and subtle instincts…. with hints of Neil Young’s DNA… it has the power to soothe” ELMORE MAGAZINE

“A gifted songwriter, White is like Anthony Bourdain with a guitar instead of food” EXTENDED PLAY THEATRE at THE FALLOUT SHELTER

“Every choice White makes on this album is in service of the song, the entire song, no matter into what uncomfortable territory it might take her…. it further cements her legacy as an East Nashville treasure worth following down any rabbit trail she chooses to explore. “ NO DEPRESSION

NASHVILLE, Tenn. — If there were an East Nashville Music Hall of Fame, Amelia White would already be in it. The now-famous scene was in its formative days when White arrived from Boston in the early 2000s and became a fixture at the Family Wash. She’s been a leading light in America’s most musical zip code ever since, even as she’s developed a reputation in the rest of the U.S. and Europe as a first-rate songwriter. She helped define and refine the core folk-rock sound of Americana, yet her band’s energetic pulse never outshines her carefully wrought lyrics. She’s a poet who’s been compared to more famous songwriters for years; now, it would be more appropriate to use her as a benchmark.

White’s seventh album, Rhythm of the Rain, due out January 25, 2019, is a volume of ruminations and short stories written largely during a tour in the U.K. in 2016. There, at a distance and with a sense of helplessness, she watched America’s political system and her values attacked from within. Then the project was recorded by East Nashville sonic maestro Dave Coleman (The Coal Men) in an emotionally wrenching four days between White losing her mother and marrying her partner. Roots music is a journal of love and loss, and Rhythm of the Rain couldn’t be a more potent dispatch. 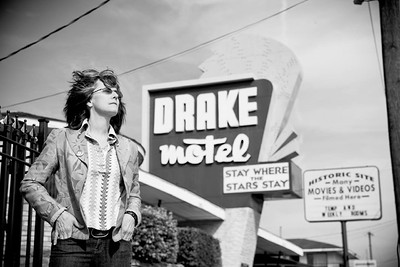