Dom Martin is a Belfast born multi-award winning artist, inspired but not constrained by the blues.

With five BBC Radio Live Sessions prior to a first album release, Dom impressed with a 2018 debut original EP 'Easy Way Out' with BBC Presenter Cerys Matthews describing his work as "absolutely wonderful stuff". His debut album 'Spain to Italy' was released in December 2019 to critical acclaim. 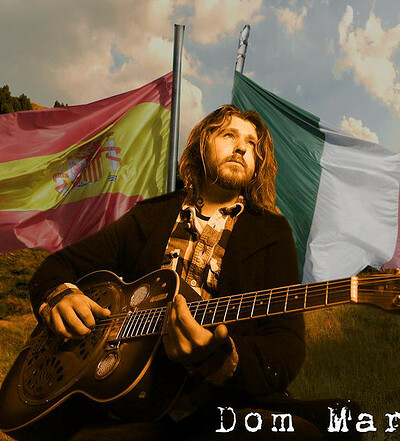