— The Canteen
High energy Americana duo with an upright bass, a banjo and a truckload of stories
price: entry is free

Truckstop Honeymoon are a high energy Americana duo with an upright bass, a banjo and a truckload of stories. They have toured three continents, released nine albums and raised four children on the road. Mike and Katie West also have recorded and produced over two hundred recordings for other artists. They are recipients of the Phoenix award for Lifetime Achievement in the Arts, Big Easy Entertainment Awards (New Orleans) and Off Beat Magazine Best of the Beat Awards. Their 2017 album "Big Things and Little things" was chosen for Best Albums of the Year by The Music.co.au writers poll (Australia). 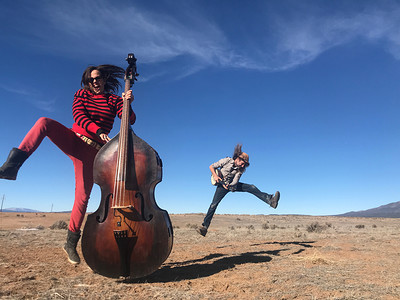