Henry Slim & Joe Wilkins are a Bristol-based blues duo who've each been plying their trade for over a decade - Joe most often seen accompanying singer-songwriter Elles Bailey, and Henry fronting New Orleans-style blues band The Slimline Shufflers, amongst other projects.

They're currently working on a studio album which, all being well, will be released later in 2022.

Tonight they'll be joined by Mike Kennedy on double bass. 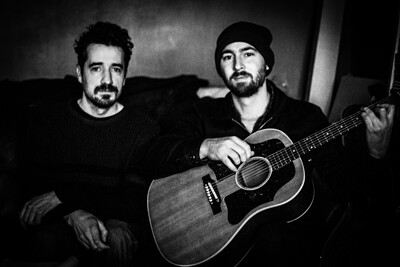