Songs for Drella is a 1990 album by Lou Reed and John Cale, both formerly of the Velvet Underground; it is a song cycle about Andy Warhol, their mentor, who had died following surgery in 1987. Drella was a nickname for Warhol coined by Warhol superstar Ondine, a contraction of Dracula and Cinderella, used by Warhol's crowd but never liked by Warhol himself.

For this live show and faithful rendition of the album, Jonny Velon sings and plays the part of John Cale, and Chris Apthomas covers Lou Reeds guitar and voice, in front of images of Andy Warhol, his art and the Factory where he worked and hosted ‘happenings’.

The song cycle focuses on Warhol's interpersonal relations and experiences, with songs falling roughly into three categories: Warhol's first-person perspective (which makes up the vast majority of the album), third-person narratives chronicling events and affairs, and first-person commentaries on Warhol by Reed and Cale themselves.

The songs are roughly chronological. They juxtapose memories, reportage, ideas about art and latter-day reflections to tell the story of an eternal outsider who stirred up people and ideas but never quite joined in.

As their subject, Warhol is both immediate and mythic; the entrepreneur who produced the Velvet Underground, he provokes an homage that’s romantic yet casual, and Cale and Reed pay their debt with this offhand pop epic. Reed’s edgy guitar, fullness of heart and clipped, journalistic poetry bring into sculptural relief Cale’s elegant keyboards and brainy lyricism.

I am a songwriter and composer based in Bristol.

When I was eight years old, my mother sat me down and said "Jonathan, listen to this, it's the new record by Lou Reed and John Cale." I listened, spellbound, to Songs For Drella. There was so much I loved instantly: the hooky piano lines, the aggression of the playing, the directness of the voices, but most of all I loved the storytelling. Each song painted a crisp picture of life lived on the edge, the songs broadcasting the essence of Andy Warhol: restless, creative, demanding, flamboyant. Each song plays out like a short film.

In my own songwriting, the writing styles of Lou Reed and John Cale have influenced me; their economy of movement and their directness of thought have greatly inspired me. It is with great pleasure that I now have the opportunity to perform this masterpiece live.

This album was written during a brief reunion and collaboration between Lou Reed and John Cale brought about after they met at Andy Warhol's funeral. The album was never toured and was performed only a handful of times, in Brooklyn, New York. 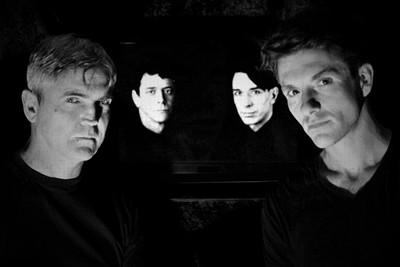