POSTPONED. Disappointingly due to a collision of unforeseen circumstances we have had to postpone this show. It'll be a really wonderful evening and we'll be announcing a rescheduled date soon. Stay tuned.

By way of an experiment,

The dust of this world

In the droplets of dew.

So Japanese poet Bashō wrote in 1684 about a famous natural spring recorded as “shedding it's clear drops of water with a drip-drop sound”. This act of cleansing and how it is expressed by Bashō offers an absorbing framework for hearing the music of Floating World Pictures. Just as haiku are rooted in close observation of nature and the seasons, a time and a place - a tiny meditation that both seizes the moment and brings about a much wider understanding - so too are the improvised explorations and focused production of Floating World Pictures.

Floating World Pictures is made up of Chestnutt, a founding member of Snapped Ankles, and Raimund Wong, a sound artist most recognised for his graphic work for International Anthem, TRC and Church of Sound. Their improvised explorations celebrate and embrace the collaborations of Total Refreshment Centre and a wider independent network with contributions from Alabaster DePlume, Akihide Monna (Bo Ningen), Cathy Eastburn (Southbank Gamelan Players), Charles Prest & Kamal Rasool (Flamingods), Clémentine March, and Danalogue (The Comet is Coming).

Their debut album, 'The Twenty-Three Views’, rewards deep listening. Within the earthing drone, new elements continually reach the surface to spin a sensuous, densely populated soundscape. Fragments of field recordings people the texture; sounds of industry, of safe and treacherous harbours, the hammering of ancient crafts and choral layers open windows to imagined or distant pasts. The restorative energy of nostalgia, of memories revisited and half-remembered, play out.

Raimund Wong and Chestnutt are conduits for unearthed relics, the lost sounds of Tibetan singing bowls and celestial gongs are fragments of melody that reach the surface. Shifting tones bring a richness of aural collage: synthesizers, the reeds of an Indian harmonium, mbira, 11-key balafon, tanpuri and the ceremonial dignity of the Balinese gamelan warped by found sounds.

The album moves within the creative freedoms of seasoned collaboration, in the shared space orchestrated by Floating World’s philosophy. Synth lines cascade whilst zipping overtones ping and reverberate with a contemplative lightness of touch - both moving and playful as in the Japanese environmental and ambient music of the 1980s. Elsewhere wildness and syncopated rhythms suggest an interest in textural trips of mid-90s UK ambient and leftfield electronic music.

An exotic ecosystem of pulsing bass lines, gong percussion & a tapestry of sustained chords and wavering, tidal melodic lines. Mournful and distant phrases that fade at their very point of creation mix with tape interrupted speech fragments. Occasional moments of tension rise to the surface: environmental dissonance and a cinematic foreboding with snaking melody lines and heavy, tolling bass. Tropical rainfall and waves wash against the shore; synth overtones are sirens of departing ships, as the narrative continues in a dystopian mood. Surfaces are harder, chiming gongs rain on a built environment rather than a natural world.

As the geographies of the Floating World draw to a close - in the live space or on record - there is left in its wake a cohesive series of sound postcards. Like haiku, they concern the things of this world and the language in which we try to express them - and how beginning to grasp this in musical languages brings to the listener both inspired wakefulness and clarity.

It is an honour to have Ocean Moon (Jon Tye) in support for this special occasion.

Ocean Moon is the alias of Jon Tye, one half of Seahawks and MLO, one third of Ocean Moon Group and head honcho at Lo Recordings.

Ocean Moon resides in Cornwall and operates from a studio high on a hill overlooking the sea, called The Centre of Sound.

The sound is always deep and immersive, he follows the phase path and seeks audio enlightenment at all times.

Prepare yourself for a deep trip within 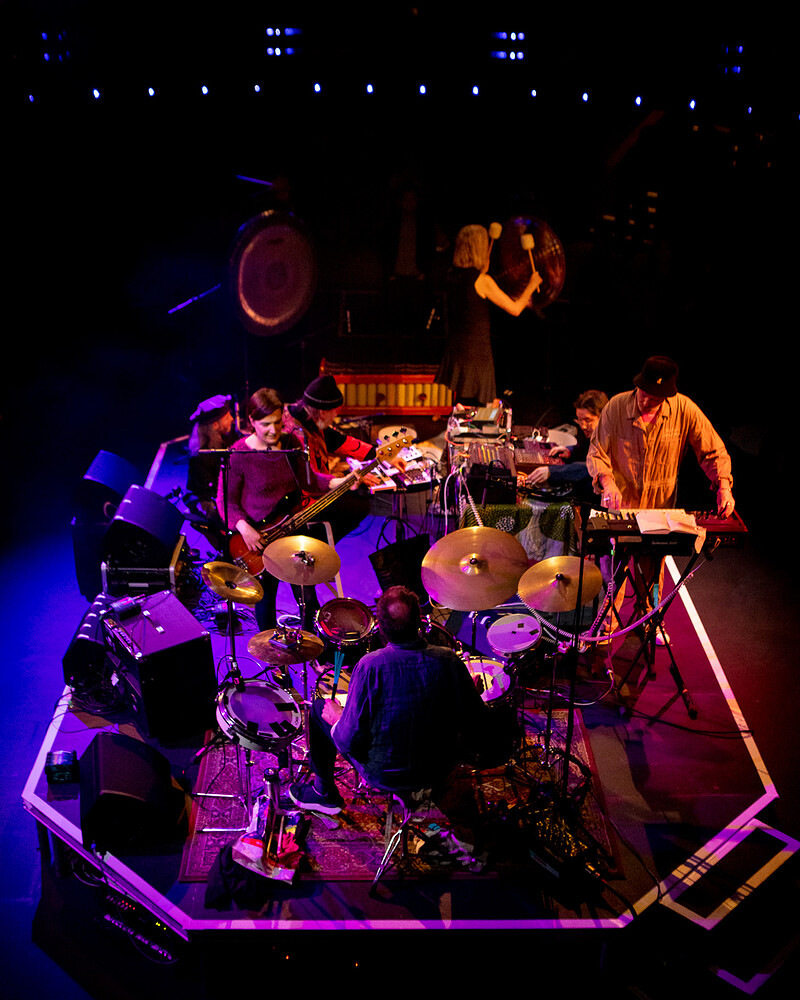 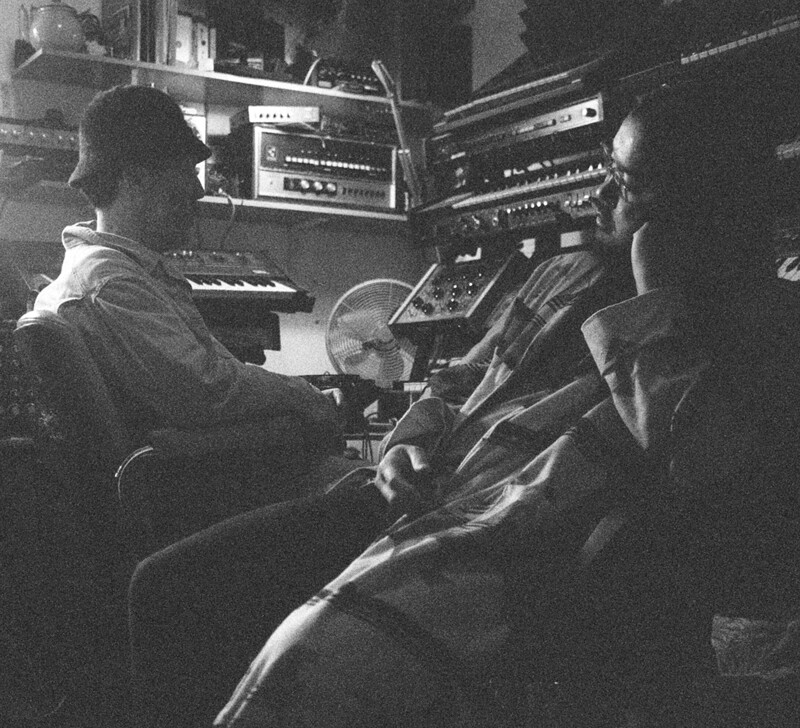 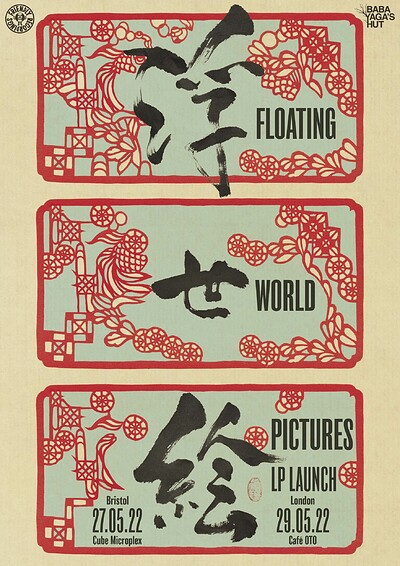