Vetna are a car crash between different genres and eras, in a comfy, compact format for your own post-modern, liquid entertainment.

A bold experimentation that begins with 90s and 00s alternative rock (The Dandy Warhols, The Smashing Pumpkins, Verdena, Radiohead, Godspeed You! Black Emperor, La Femme, just to name a few), and mixes it with UK techno, big beat and ambient from the same years (Four Tet, Boards Of Canada, Massive Attack, but also Crystal Castles, Nicolas Jaar). Everything spiced up with a strong punk attitude, and a hot psychedelic vibe.

They have released their first album ‘As Lips Run’ last October, and this is going to be one of their first performances in Bristol after the release. Expect a spicy full set including all the songs from the new album!

You can listen to 'As Lips Run' and watch the first two singles videos here: 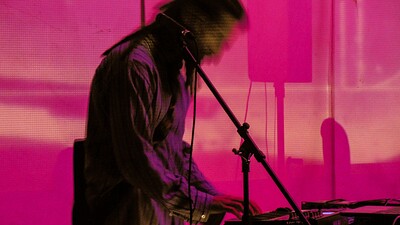