— The Cube
Cacophonous Sarcophagus and QWAK club pull together an evening of music at the outer fringes.
time:20:00
price: Headfirst Tickets

Triple Negative
"Three foreign sorts – a Kiwi, a German and a Romanian it says here – converge in London and make dough-thick improv rock-not-rock that sounds like they got all their mates in the studio to hoedown, holler and proclaim. In fact, I think there are just a lot of instruments, although I couldn’t say for certain what most of them are: things stringed and folky, reeded and snakecharmy, samplers, shakers and racket-makers. Voices are abundant, but the words could be in any or none of the languages Triple Negative speak. Gets pretty trancey and ritualistic at times, albeit with plenty of change-ups to pop your joints out, and it all amounts to Precious Waste In Our Wake being potent red diesel for fans of Royal Trux’s Twin Infinitives, Faust, Sun City Girls, Vibracathedral Orchestra and Part Wild Horses Mane On Both Sides." The Quietus

"Passages of abstract, energetic garage-psych and a previously unimaginable range of unexplored tone and texture (both electronic and acoustic) are weaved together with sensitive, understated jumble-sale genius!! Every ounce of this trio equipped with jaws capable of delivering the same level of writhing combustible haunting BITE and rhythm as This Heat."
An endearingly honest and outrageously artful sense of seemingly forgetful prowess - having played together for seventeen years (!) and only now releasing their debut album, “Precious Waste..” really gives weight to the idea that it can take a long time to sound like yourself. Triple Negative's entirely unique breed of dynamic chaos providing the thrill and bewilderment of observing that which is so close to collapse, evolve into a fully realised slab of INFINITE potential. Favourite thing we’ve heard in ages, cannot recommend highly enough." - Low Company

"An endlessly beautiful, dense and chaotic crawl through so many forms it can be difficult to ascertain what is actually at play. Ostensibly a ‘rock’ band carved from the same plank as previous outfits Philosopie Queen, The Mean Streaks, etc Triple Negative have shaken a somewhat complacent London with their wildly original blend of chaos and beauty rolling around a maelstrom of politics, spite and humour. Bloodclaat Orange, Fatna Bent Lhoucine, The Associates, Aby Ngana Diop, Royal Trux, Brigitte Fontaine/Areski, and Babyfather are all somehow wished into the scenario, either suggestively, explicitly quoted or manifesting as some malformed degree of inspiration." - Penultimate Press
_________________________________________

Jamaica!! is The Gate house-band. Based in Shepherds Bush, The Gate is an arts and resource centre for people with learning disabilities.

DJs in the bar until late.

Concession tickets - due to the limitations of space at the Cube and the costs involved with putting on this event, we can only offer a very limited number of concessions tickets. Please only purchase such a ticket if you really cannot afford a full price ticket. 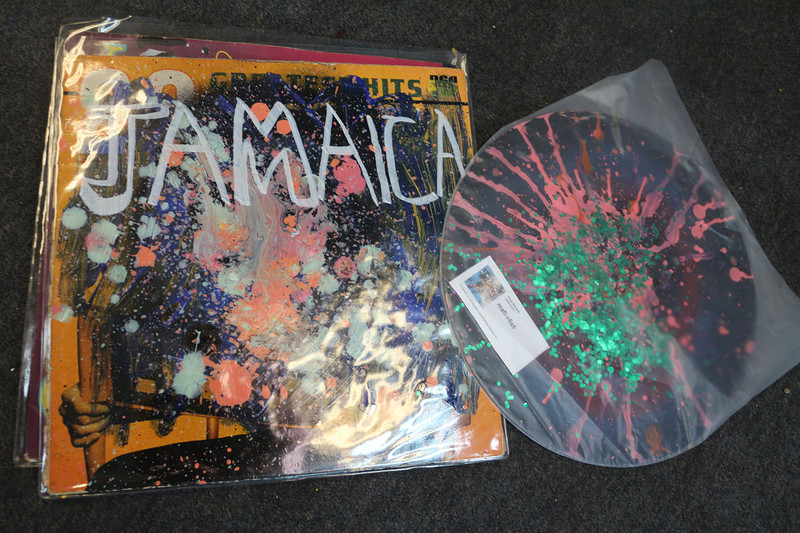 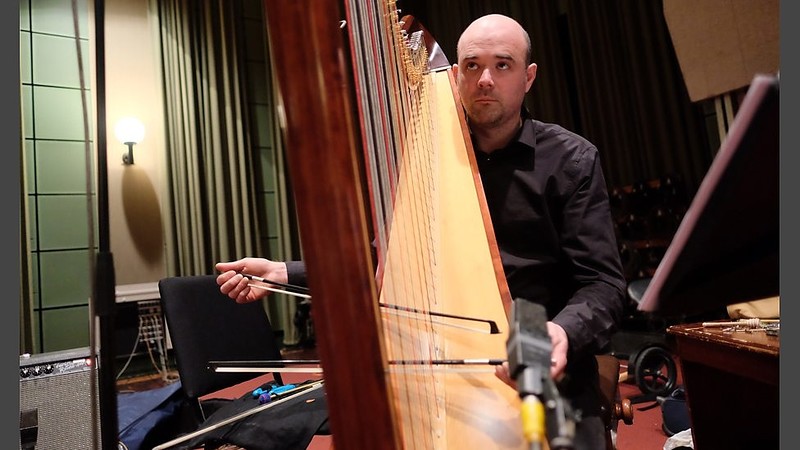 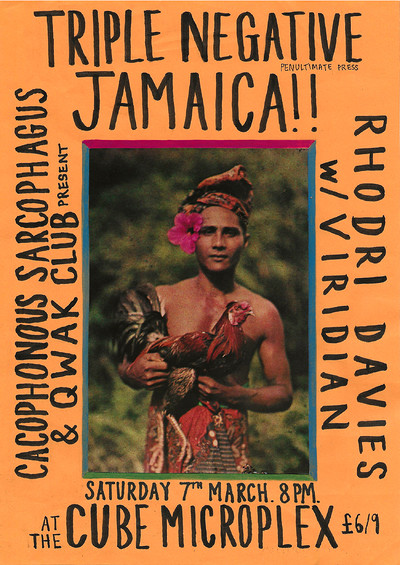