— The Cube
For this extremely special Cube occasion we welcome two extraordinary artists who chart their own idiosyncratic routes through sound.
price: Headfirst Tickets

It's about time. For this extremely special Cube occasion we welcome two extraordinary artists who chart their own idiosyncratic routes through sound and the means by which it is made, each making a deep sense of history chime in righteous harmony with the now. In a rare UK appearance, New York-based sound-weaver and saxophonist Matana Roberts carries us on the audio-visual narrative voyage across the sprawling plains of America's past, present and future she calls 'Coin Coin Chapter III' , while Canadian composer Ian William Craig coaxes the withered, timeworn qualities of ancient analogue tape into impossibly graceful, sonically verdant swirls of song.

Matana Roberts is an internationally renowned composer, band leader, saxophonist, sound experimentalist and mixed-media practitioner. Roberts works in many contexts and mediums, including improvisation, dance, poetry, and theatre. She made two records as a core member of the Sticks And Stones quartet in the early 2000s and has gone on to release a diverse body of solo and ensemble work under her own name on Constellation and Central Control over the past decade. She is perhaps best known for her acclaimed 'Coin Coin' project, a multi-chapter work of “panoramic sound quilting” that aims to expose the mystical roots and channel the intuitive spirit-raising traditions of American creative expression while maintaining a deep and substantive engagement with narrativity, history, community and political expression within improvisatory musical structures. Constellation began documenting the 'Coin Coin' project in 2011 and has released the first three of a projected twelve album-length chapters to date.

The third chapter of 'Coin Coin' entitled 'river run thee' and released on Constellation on February 2014, finds Roberts constructing a sound art tapestry from field recordings, loop and effects pedals, and spoken word recitations, alongside her saxophone and singing voices. 'Coin Coin Chapter Three: river run thee' could arguably be considered first and foremost a vocal work, and notwithstanding its experimental and esoteric structure, a deeply narrative work as well. Not unlike 2013’s 'Coin Coin Chapter Two: Mississippi Moonchile', the new chapter unfolds as an uninterrupted album-length flow, this time in what Roberts calls “a fever dream” of sonic material, woven in surrealist fashion.

Craig turned to his background in musical theatre, avant-classical orchestration and the choral tradition for his first two physical recordings, A Turn of Breath and Cradle for the Wanting, which were issued by Recital Program to critical acclaim. Centres, his latest album released on Fat Cat Records ‘130701’ imprint in the summer of 2016, was his breakthrough record, as the static rises to the surface. It featured prominently in the end of year best of’s for Wire, The Quietus and Pitchfork amongst others. 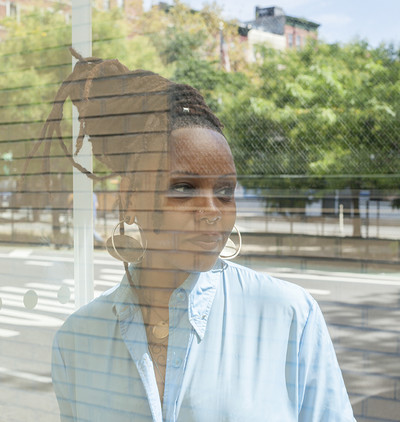