Taking The Michael + The Cut

To celebrate the world premiere of his new film 'Acts Of Quiet Resistance' at The Cube on Fri 5th April, tonight, we will be showing a special double bill of British filmmaker's Ian Nesbitt's earlier film works.

Both films contain themes and even characters that appear in AOQR and are beautifully realised, uniquely humorous filmic ways of experiencing 'the places' that surrounds us, here in Britain.

THE CUT explores the canals and waterways of Southern England with the ever adventurous avant-folk collective Dead Rat Orchestra.

TAKING THE MICHAEL is a odyssey and a blast. Using a combination of pure documentary, anecdotal oral history, and total myth, the film is, among other things, a field investigation of the rich and varied pagan, Christian and mystical heritage of Britain,

Since 2008, Ian Nesbitt has been building a body of collaborative cinematic works that take an extended sideways look at the philosophy and practice of slow movement. Travelling on foot, with a cart, on a canal, by horse and wagon, or by pedal powered car, he has made a series of films that invert the accepted societal trajectories of ‘faster’ and ‘more’ by demanding ‘slower’ and ‘less’. In doing so, his films not only focus on the experience of passing through but also make time and space for looking more deeply at notions of landscape, community and pilgrimage.

In late July 2014, the avant-folk collective Dead Rat Orchestra embarked from London Canal Museum, with filmmaker Ian Nesbitt in tow, bound for Bristol on the canals and waterways on Southern England.

They set out to chart these inland waters, gathering an informal history of England’s once thriving industrial arteries, exploring social, historical and musical roots, and to share their findings through performances along the way.

The film serves as a parallel odyssey, each day’s experiences relentlessly accumulating, as band members become less autonomous masters of their destiny and more as intractable elements of the history that they and their gloriously inappropriate vessel the ‘Gemini II’ set out to tame.

The band’s own voices and instruments become immersed and entangled in the sonic environments they pass through to create new and unexpected music of the waterways.

A documentary following one man’s unlikely odyssey through ancient and modern Albion, the film follows the reunion of artist/filmmaker Ian Nesbitt with an enigmatic but puzzling former acquaintance. It starts at the point of their reunion and traces their subsequent faltering progress down the St Michael’s Ley Line through South West England – from Avebury in Wiltshire to St Michael’s Mount in Cornwall. Travelling in a pedal-powered 1968 Bond Ranger on ancient byways and green lanes, the pair’s curious pilgrimage is a surreal post-peak oil exploration of this green and pleasant land and the hidden communities that populate it.

Using a combination of pure documentary, anecdotal oral history, and total myth, the film is, among other things, a field investigation of the rich and varied pagan, Christian and mystical heritage of Britain, a search for new ways of considering our collective future, and a vigorous testing of the relationship between documentary maker and subject.

Completed in Autumn 2012, the film has been screened across the country in a wide range of venues, from commercial cinemas and galleries to post-industrial warehouses, converted barns and willow living structures. It was selected for Sheffield Doc/Fest Videotheque 2013.

Event photos for Taking The Michael + The Cut : 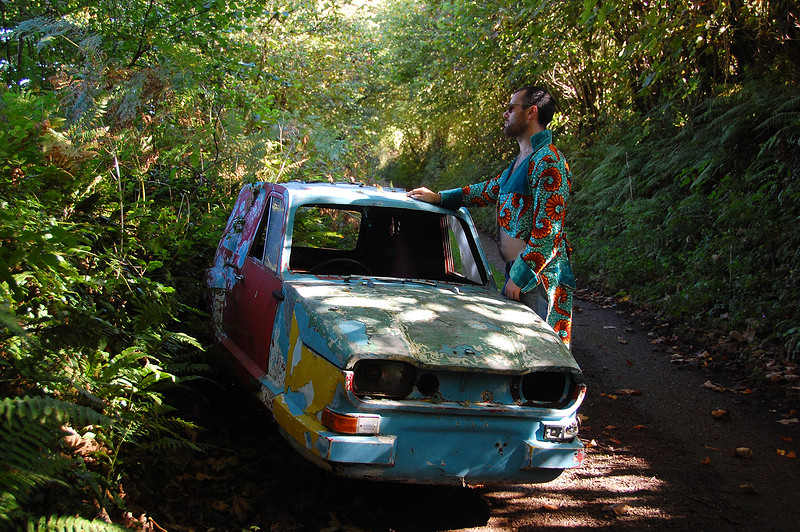 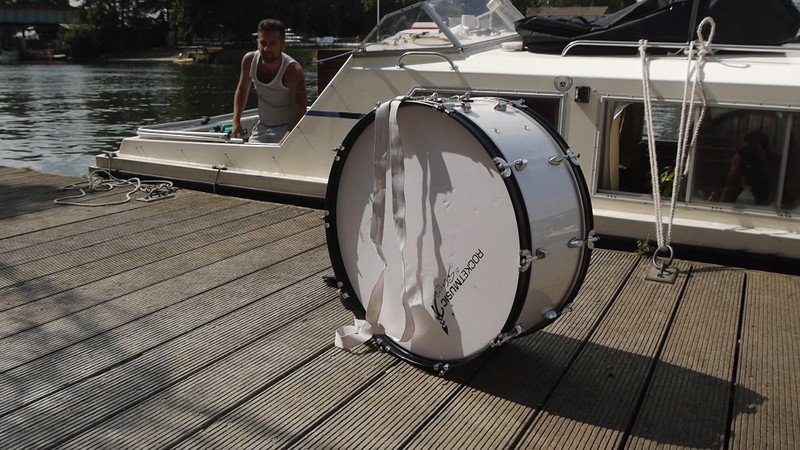 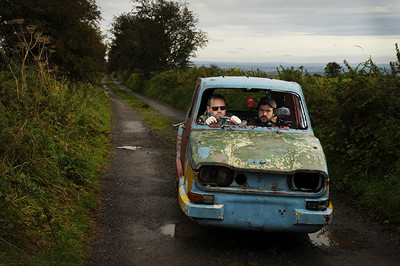